Compiled below is an edited list â€“ originally made by Listphobia – of the most futuristic concept laptop designs, some of which have won achievement awards while the rest are just too cool to know about. 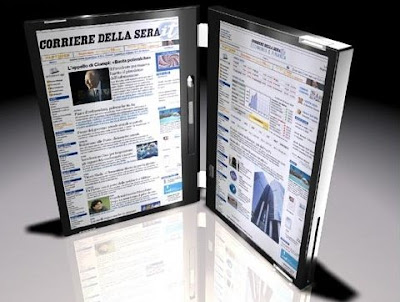 Canova Dual Screen Laptop possesses two screens, a multi sensitive touch screen and is very easy to use. Not only can it be used to handle your daily computing tasks but it also lets you read articles on your laptop in the old-school newspaper fashion. 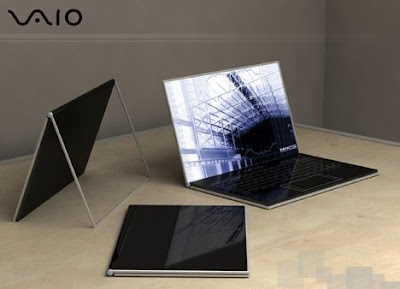 The Vaio Zoom notebook takes everything we know about holographic technology and squeezes it inside a thin glass form factor. When off, the screen is completely transparent and the keyboard goes opaque. Turn it on and the touchscreen holographic festivities begin. Even the mouse buttons are holographic! 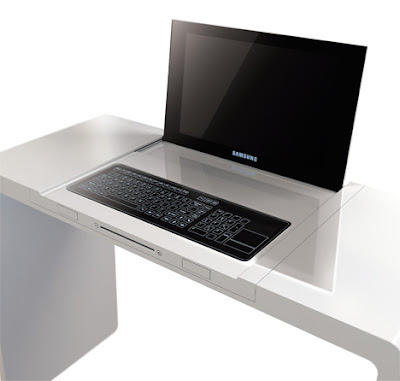 Sung-kyu Namâ€™s DesCom laptop integrates into the desktop surface. And what do you have to do once the laptop is dead or should be repaired? 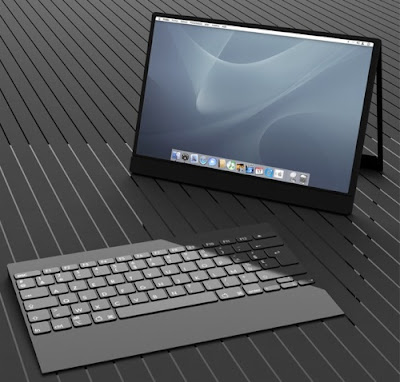 Being portable, MacTab is the complement to MyBook in the high-end. The thin wireless keyboard is used as a protection cover for transportation. On the back of the computer a hinge allows it to be put in a vertical position so you can use it on your desk. 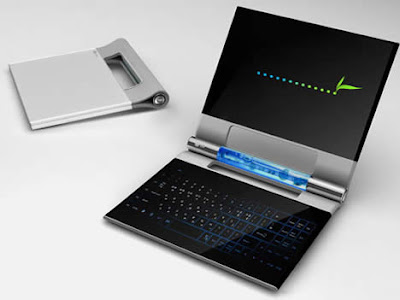 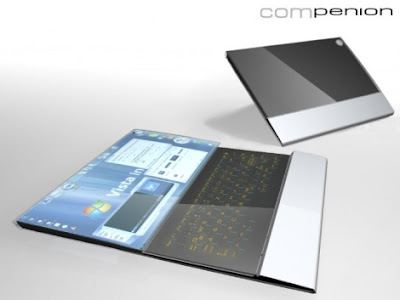 Felix Schmidbergerâ€™s Compenion laptop has a OLED touch screen. The computer itself has an OLED touchscreen, where you can directly work on, much like with a umpc or pda.

The whole screen is a slider, as it can be moved forward to reveal a second OLED touchscreen underneath, where you can have a keyboard or working controls, similar to a setup with 2 monitors. 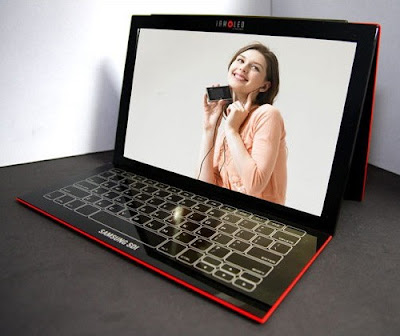 AMOLED concept notebook by Samsung features a unique design which is thin and sleek and a touch-sensitive keyboard which lacks tactile feedback. 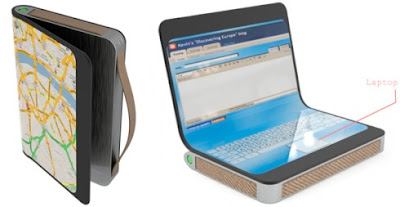 Satellite Navigation Laptop is Nikita Golovlevâ€™s concept for travelers. Using an e-ink display, the â€˜Travellerâ€™ is a GPS enabled navigation system for pedestrians. The design incorporates an internal drive for storing any photos you take along the way and will tag the with GPS data, so you know just where you took them. 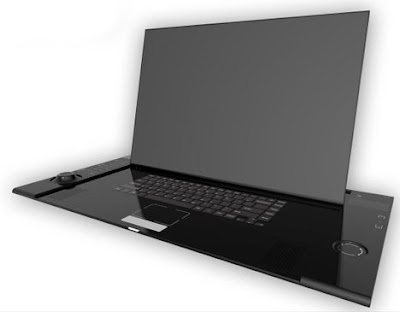 Canvas is a futuristic concept laptop that is supposed to provide a better quality for the designer and also its said that it will raise the productive rate of the artist. It will feature a very thin touchscreen and the other components will look just about the same but they will be better adjusted. 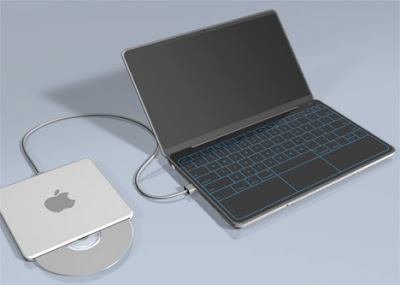 MacBook 0801 is a laptop concept by Isamu Sanada. The keyboard is transparent and ultra-thin.

Music Stand Laptop
Use the pedal to turn digital sheet music or just touch the screen. It also throws in some computer functions by allowing on the fly scoring, note taking, and collaborative writing. When you need a real computer, a keyboard slides out from underneath the screen and use the foot pedal as a stereo to enjoy the music you just played. Designed by Sungho Lee. 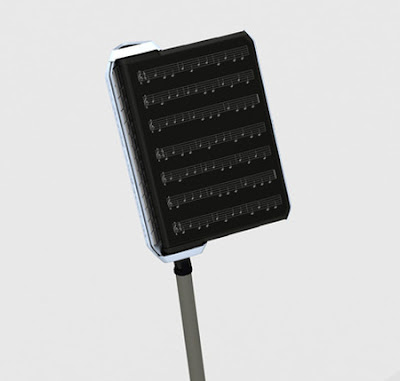 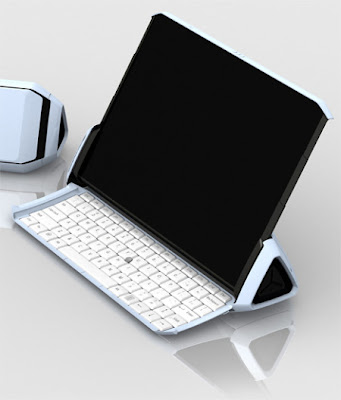