The automaker features a new ‘smart’ app, capable of learning, at the Microsoft Build developer conference. 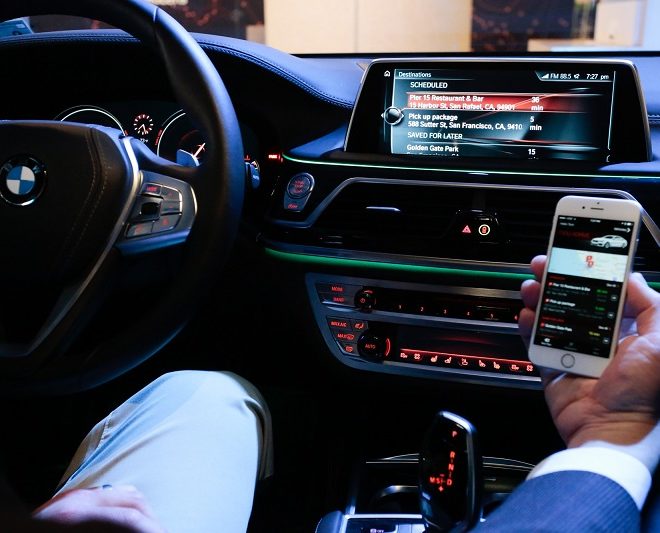 BMW Connected is the new app released by the company that aims to be a driver’s ‘personal mobility companion’. It was unveiled at Microsoft Build and will be initially available for North American BMW drivers with an iPhone as a free download. The app was developed on the Azure cloud platform and provides users with a host of remote vehicle-related functions.

These functions include being able to check on a car’s location and fuel levels or to turn on the air conditioning, unlock the doors and, in the case of hybrid models, the state of battery charge. Also included is the ability to reserve a parking space, find a fuel station or charging point or an authorized mechanic. Yet, in order to differentiate itself from similar features available in other luxury cars, the app is a ‘smart’ app that is capable of ‘learning’ and picking up driver’s preferences or habits, and adjust to such mobility needs accordingly. One of the app’s smartest features is the ability to support or host the best functions of a user’s favorite third-party navigation or driving app so that everything is in one digital place — either on a smartphone or smartwatch and then seamlessly transferred to the car’s infotainment screen when it’s time to go.

It can also offer predictive navigation based on a user’s calendar, frequently traveled routes and live traffic flow data. It will alert the user when it’s time to leave, based on congestion. It will also calculate the ‘last mile’ portion of a journey — i.e., the route on foot once the car is parked. It will even give friends and family updates regarding estimated time of arrival.

The ‘smartness’ of the app was one of the reasons why it was presented at Microsoft’s developer conference rather than an auto show. With this, BMW may be able to break through the competition and place itself far ahead on the curve technologically, but it also spells a great advancement for the possible future of automobile tech in general.