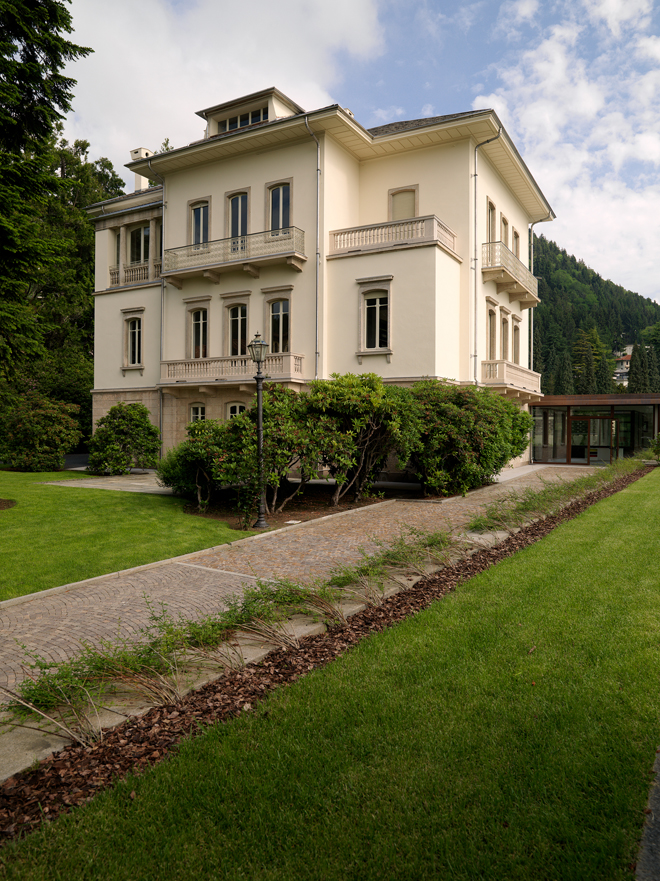 Founded in 2000 by the 3rd generation of the family to improve the quality of life around the world, the spirit of Ermenegildo Zegna lives on in Fondazione Zegna. In funding sustainable projects in cooperation with no-profit organisations both in their native Italy and abroad, the brand’s values- moral and business ethics, and aesthetics, handed down from their namesake founder.

Calling its headquarters in Biella and Trivero where the Ermenegildo Zegna Wool Mill was first birthed in 1910, Fondazione Zegna’s philanthropic endeavours across a wide genre of social issues from environmental concerns to ensuring health and wellbeing for children, thrives in Casa Zegna which houses the brand’s archives and a plethora of culturally enriching activities including All’Perto, a site-specific contemporary art project. 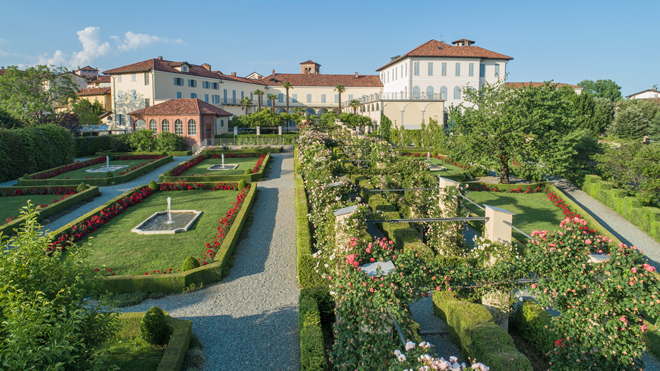 Palazzo Gromo Losa, Biella is part of the trio of exquisite venues for the Padre e Figlio art exhibition 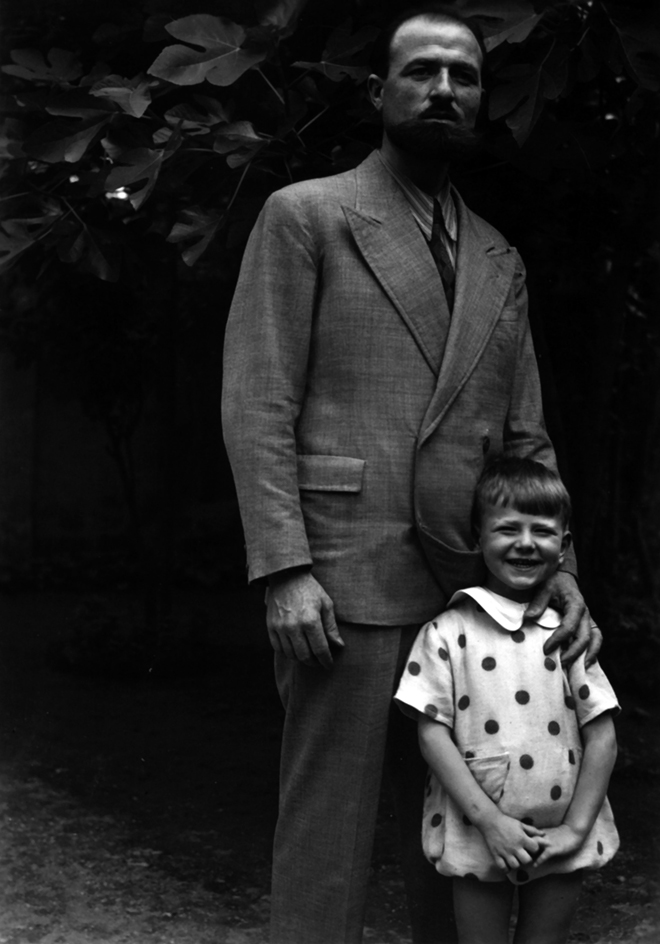 “This is the point: it is all about leaving a legacy for our fathers.”- M. Pistoletto 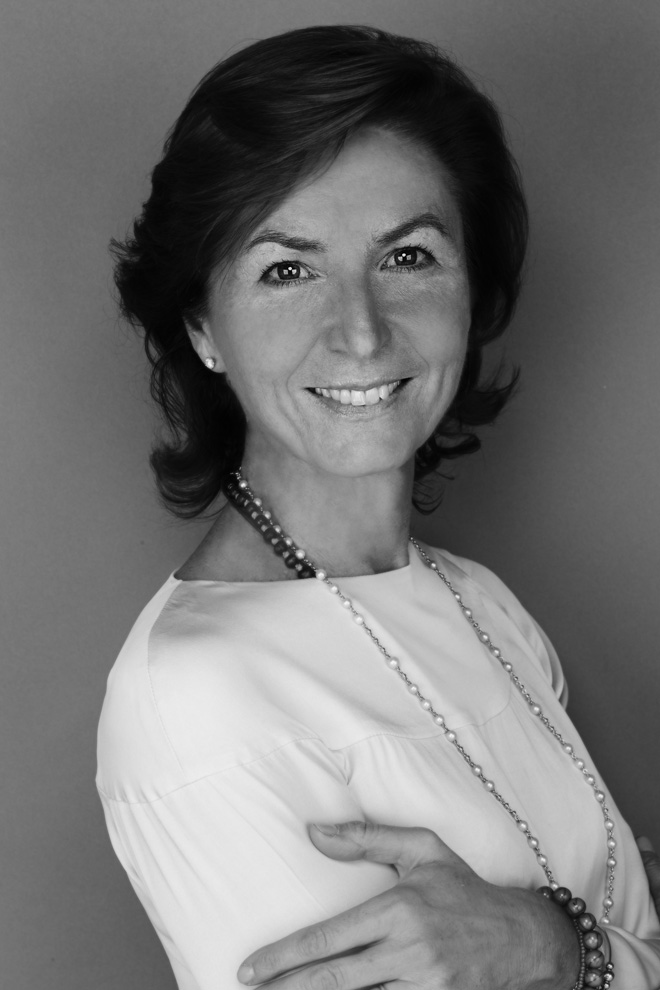 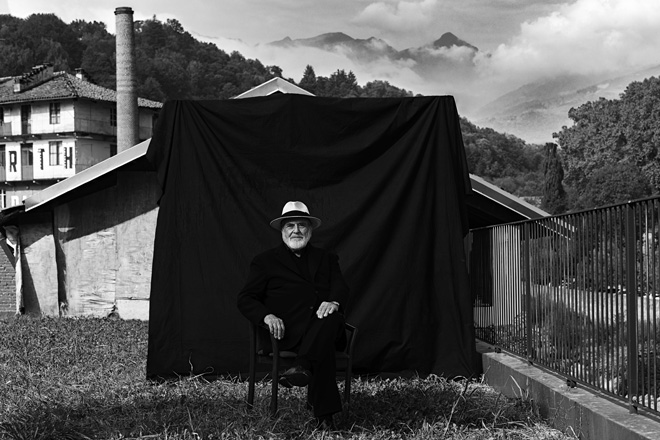 Three venues for a single exhibition project set up by Fondazione Cassa di Risparmio di Biella, Cittadellarte – Fondazione Pistoletto and Fondazione Zegna, Padre e Figlio – Father and Son, explores the work of Michelangelo Pistoletto, one of the most important figures on the international art scene, and that of his father Ettore, a celebrated landscape and still-life painter, represent the starting point for a detailed examination of the relationship between father and son in its many different forms and consequences. 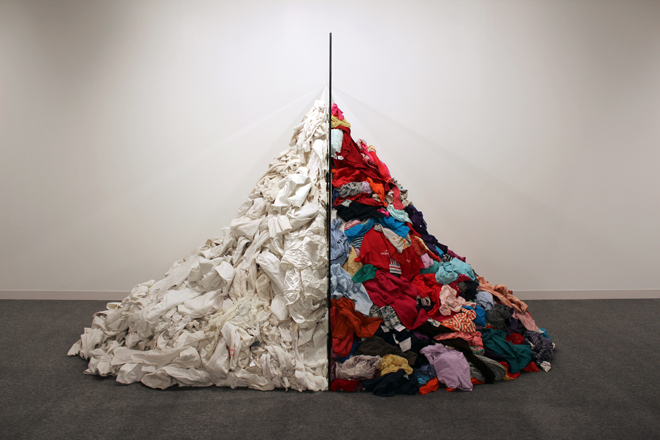 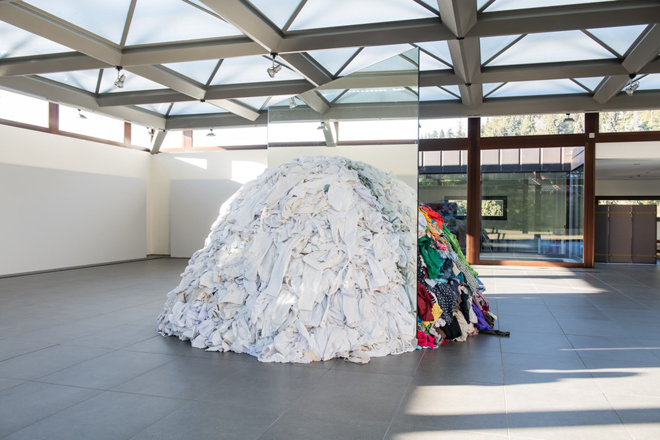 Padre e Figlio – Father and Son presents more than one hundred works including paintings, mirror paintings, installations, light-boxes, videos and photographs, complemented with video-dialogues held between curator Alberto Fiz and President of Fondazione Zegna, Anna Zegna, expressing a concept of the father-son relationship which is not unidirectional: leaving a legacy for our fathers, instead of simply leaving children with the responsibility of communicating the knowledge and interests of their parents. 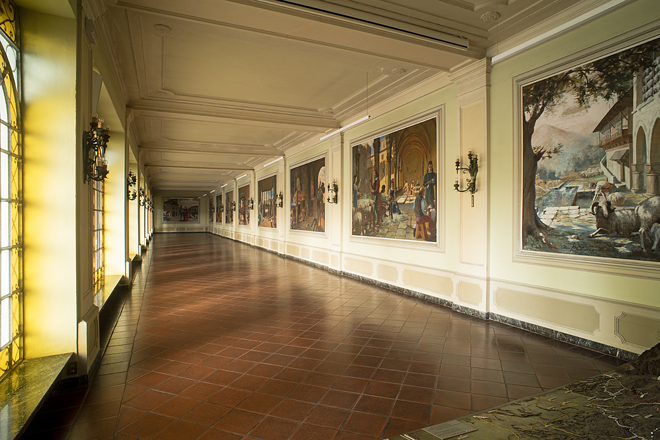 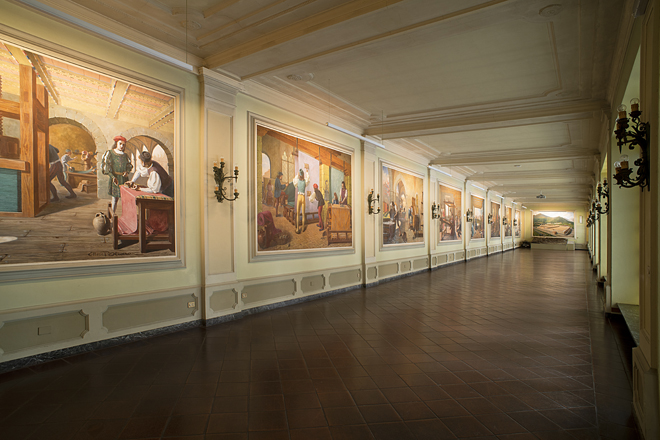 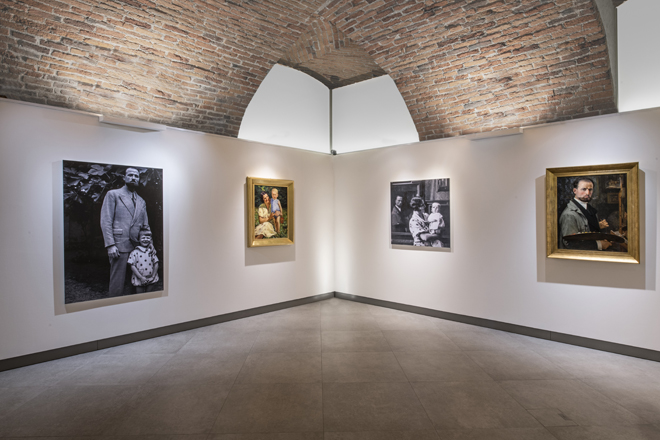 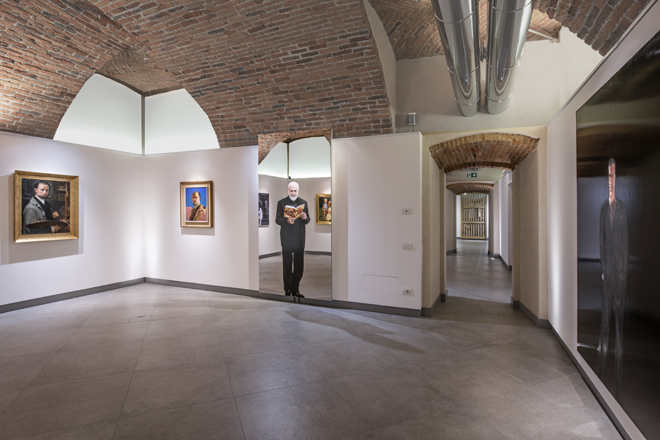 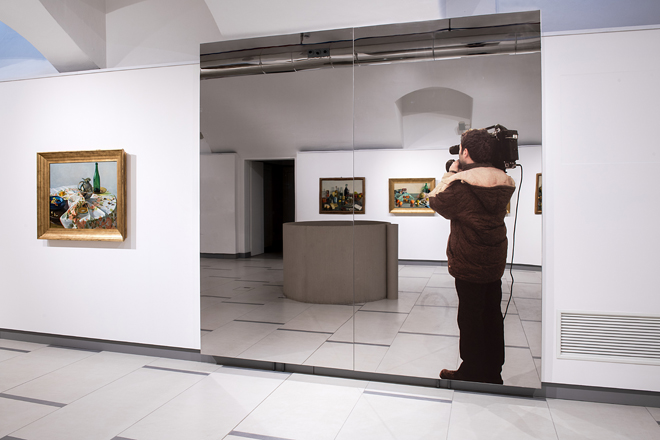 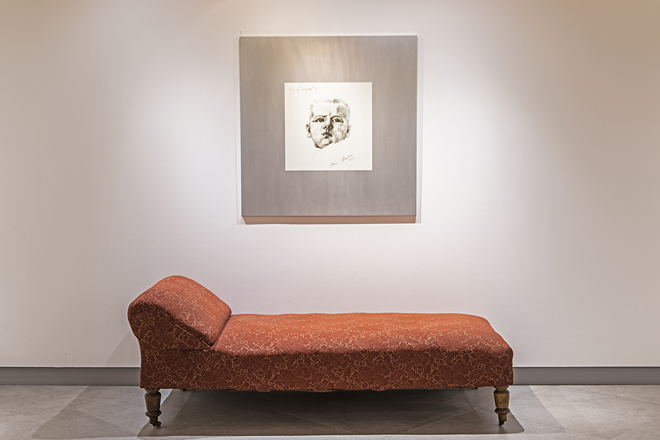 “The rich and variegated exhibition allows a multi-layered reading of a very topical theme. Taking cues from the dialogue between Michelangelo Pistoletto and his father, it is possible to examine the concepts of historic and subjective time, as well as the need to accept the differences which can, at times, even result in a form of intimate complicity”, – Alberto Fiz

The exhibition is located in three iconic venues in the Biella area: Palazzo Gromo Losa, a period mansion which has been restored and donated to the city by Fondazione Cassa di Risparmio di Biella, Cittadellarte – Fondazione Pistoletto, and Casa Zegna, the home of the historic archive and an exhibition space belonging to the foundation of the same name. 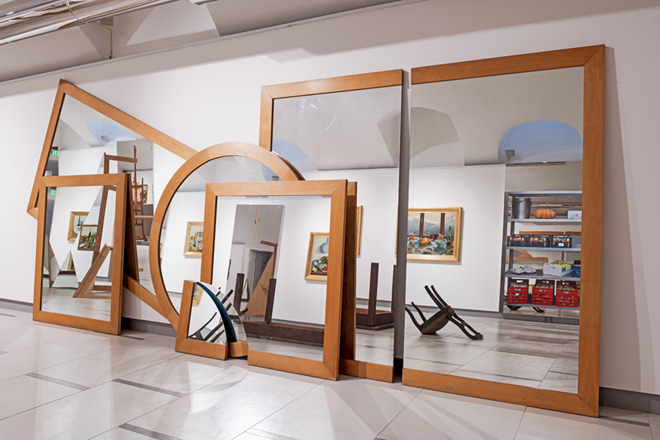 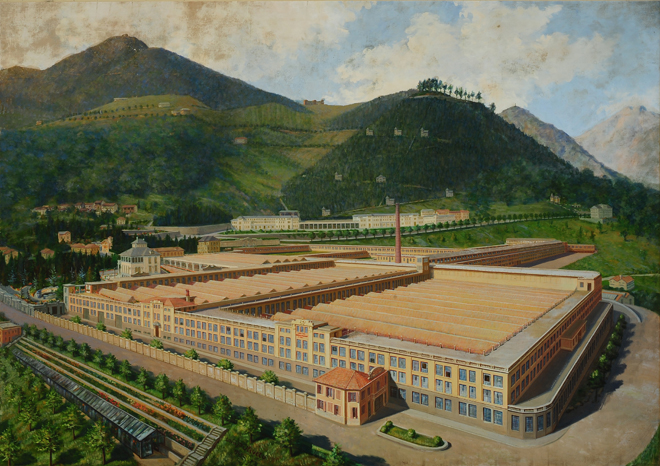 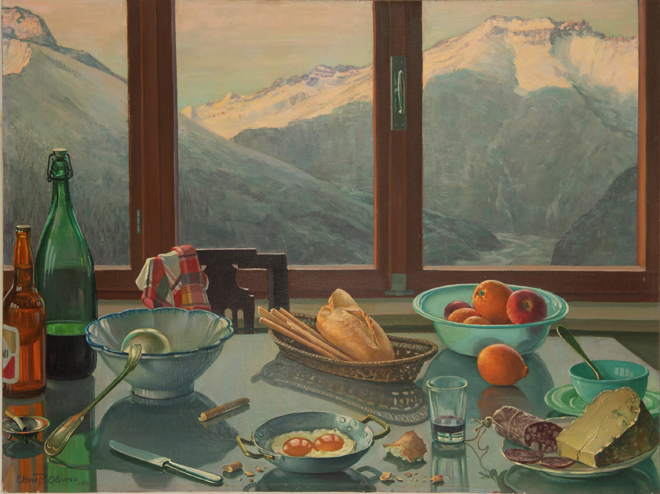 This theme of reflection which is a consequence of this view of the parent-child relationship – in this case also coinciding with that of master-apprentice – is presented in articulated and at times provocative combinations proposed by the exhibition layout. Incidentally, Padre e Figlio – Father and Son will be taking place during a very important year for the city of Biella, which in 2019 will be submitting its candidacy for the UNESCO Creative Cities network, with Michelangelo Pistoletto himself as the official ambassador for the project. Michelangelo Pistoletto has created a symbol of the Third Paradise dedicated to the candidacy and has already had its “ambassadors” throughout the world sign a manifesto. I candidacy received more than 100 letters of support from all over the world. Biella, an active manufacturing area where modern industry is carrying forward a centuries-old tradition handed down from father to son, is a virtuous example of how art and entrepreneurship can actively collaborate, providing benefits not only for the local economy but also focusing on the creation of places for socialisation and culture.