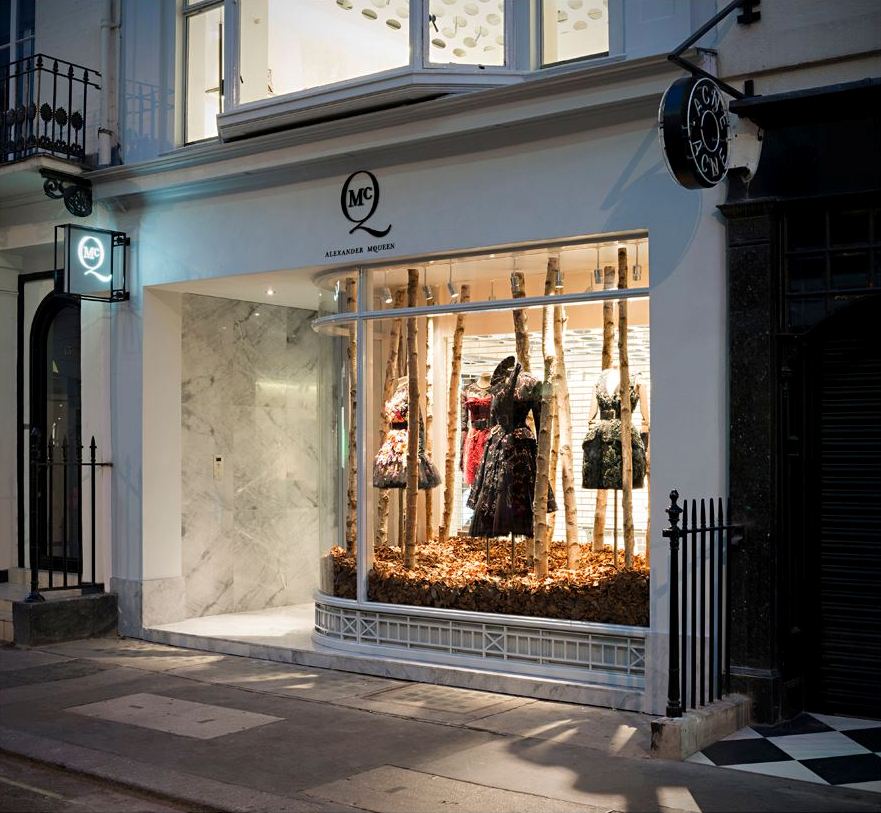 The venue, a Georgian townhouse, accommodates the new store concept dreamed up by Sarah Burton for Alexander McQueen with interior designer David Collins.

“We looked at fetish. We wanted the home of McQ to be a parallel view of Alexander McQueen, where eroticism is part of the fabric and design that slowly unfolds throughout the store, ” summed up Collin.

“We wanted to create a story and a home for McQ and the flagship on Dover Street is an extension of this world. It will offer special catwalk pieces alongside ready-to-wear collections in a rich and immersive McQ environment,” Sarah Burton added.

The McQ flagship incorporates slick interactive digital technology such as touchscreen tables that project videos onto wide screens and high-tech mirrors which can cleverly reflect images directly onto Facebook.

The McQ store opening coincided with the news that Alistair Carr is to take the helm of the McQ design team. The former creative director of Pringle of Scotland will oversee the Men’s, Women’s and Children’s lines at McQ.