From comebacks to debuts, here are shows to look out for as Fashion Week kicks off today. 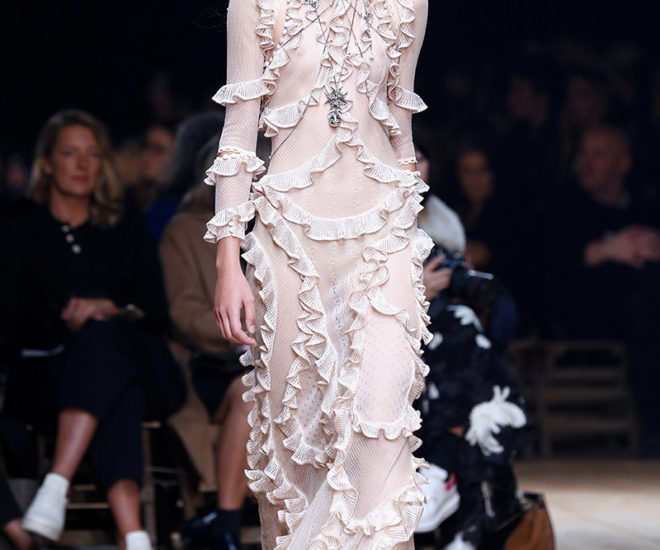 London Fashion Week kicks off today and the talk leading up to the show largely focuses on the return of the revered fashion house Alexander McQueen to the lineup. Under the watchful eye of Creative Director Sarah Burton, the label is making a homecoming after 10 years for the Autumn-Winter ’16 collection. Joining McQueen in a comeback to London is leather goods brand Mulberry, now under the direction of new creative director Johnny Coca.

Alexander McQueen and Mulberry join nearly 80 designers in the UK capital to unveil their collections. Other notable names to look out for include Belstaff, Burberry, Christopher Kane and Vivienne Westwood. Meanwhile, newcomers include shoes and accessories brand Charlotte Olympia, which will host its first catwalk show this season, and Belgium brand A.F. Vandevorst. Another highlight will be the Topshop Unique show, which fashion photographer Nick Knight has been lined up to shoot, and which will be unveiled in real time on the brand’s Instagram account (which will be crazy cool).

For the first time in LFW history, around 35 million people across the UK will see content from the proceedings, including runway shows, on 60 outside screens in nine different cities thanks to a collaboration between media company Ocean Outdoor and The British Fashion Council (BFC). The event will also see around 200,000 copies of The Daily, the official LFW broadsheet, distributed around the city.

Meanwhile, the BFC has revealed that its official Mercedes Benz chauffeurs will drive fashionistas around 32,000 miles during the event, 200kg of Lavazza coffee beans will be ground to help keep everyone alert, and that 500 cans of label.m hairspray are predicted to be used backstage.