The bronze cast of Auguste Rodin’s iconic The Kiss sold for 2.2 million euros at auction. 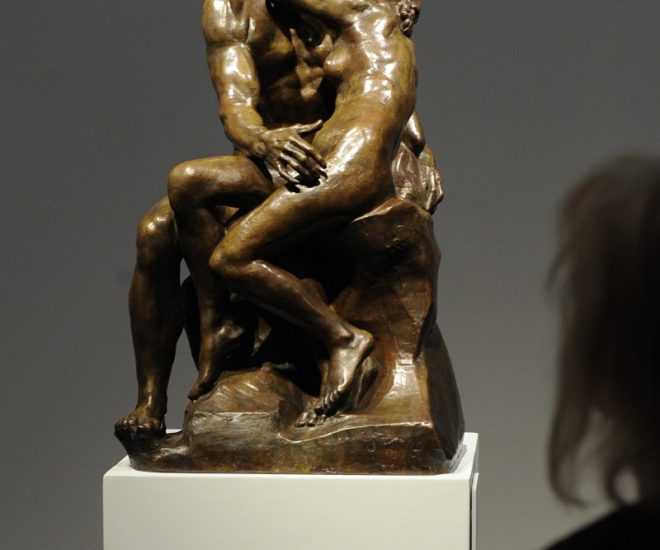 Proving that great artists will endure, a cast based on Auguste Rodin’s iconic sculpture set a new record auction sale for a model made after the sculptor’s death. The auction house Binoche et Giquello reported that a bronze cast of Rodin’s The Kiss was sold for 2.2 million euros ($2.4 million) February 16 to an American collector. This represents a great victory not just for the sculptor but for the ridiculously grueling Art of Sculpting itself.

Rodin was a sculptor active in the late half of the 19th century. He gained prominence for his ability to sculpt dynamism of the human body. The sculptor even purposely made some sculptures ‘incomplete’ so that people could focus on the purity of the basic pose. An example is The Walking Man: a sculpture missing its head and arms.

The Kiss is Rodin’s most famous sculpture, having been cast 27 times after he first created it in 1885. Originally titled Francesca da Rimini, it depicts the loving embrace of two lovers as described in Dante Alighieri’s famous poem on Hell, The Inferno. In the poem, Francesca is a 13th century noblewoman who is condemned to eternal punishment in the Circle of Lust for committing adultery with her husband’s brother, Paolo. In far quainter times, the sculpture was controversial for its display of eroticism but its enduring appeal has proved that the work’s power comes from beyond mere shock value.

The famous Austrian poet, Ranier Maria Rilke, worked for Rodin as a secretary. In an essay on the sculptor, he aptly described the primal power encased within the work:

“Waves flow through the bodies, a shuddering ripple, a thrill of strength, and a presaging of beauty… It is like a sun that rises and floods all with its light.”

The same collector, who bid by phone, also bought a cast of Eternal Spring, another Rodin statue depicting a great show of love. He paid almost 700,000 euros ($780,000) for it. Both casts were made by Eugene Rudier, son of Rodin’s own favorite caster Alexis Rudier.

The original white marble version of The Kiss remains in the Musee Rodin in Paris, where it continues to gain admirers long after the sculptor’s death. Of course, the original is priceless.