For the second time in a row Dolce & Gabbana have spread their magic in Claridge’slobby by designing this year’s Claridge’s Christmas tree. 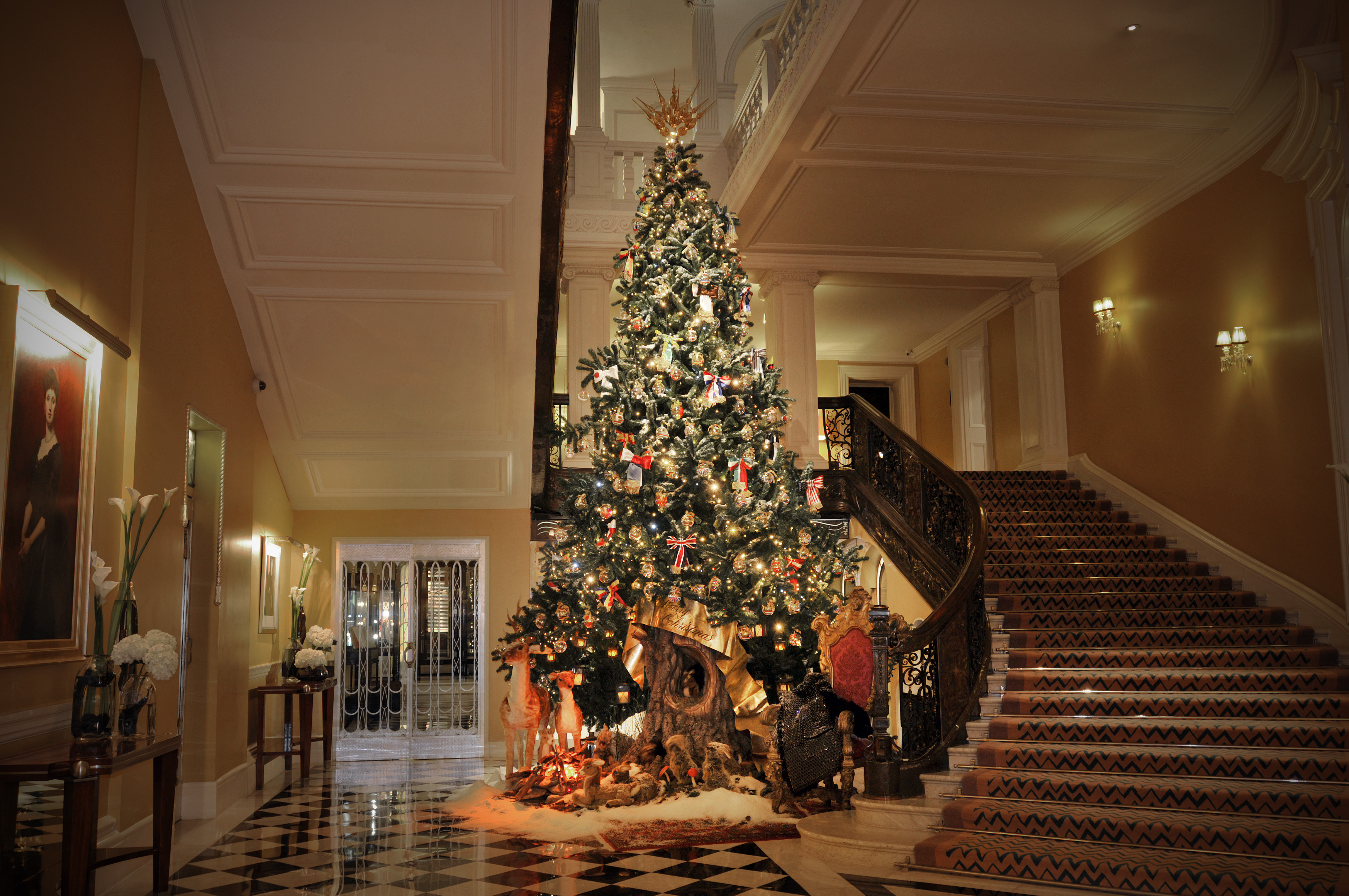 For the second time in a row Dolce & Gabbana have spread their magic in Claridge’slobby by designing this year’s Claridge’s Christmas tree.

Inspired by their childhood memories, the 8-meter-high tree’s design celebrates the “children of the world,” featuring a magical woodland theme.

The theatrical creation includes a sprinkling of snow and groups of animated deer, rabbits and squirrels gathered at the tree’s base.

The international focus comes in the form of more then 300 Italian glass baubles, hand painted with international flags to symbolize festive traditions from all over the world. Handmade oversized ribbons representing different countries also adorn the branches.

And the icing on the cake is a royal throne with a crown and a hand-made coat owned by a Norman king, symbolizing the Normans’ conquest of Southern Italy in Sicily in 1061. “Christmas is the happiest time of the year for children and we want to celebrate it with a tree that brings together all the different cultures from around the world,” explain the designers.

“We thought of an enchanted forest where the real meets the unreal, just as it does the night before Christmas.”

Dolce and Gabbana aren’t the only high-profile designers getting into the festive spirit: Crystal house Swarovski’s 550-pound star will be unveiled atop the Rockefeller Center’s tree on December 3!

This is the second year running that the Italian duo has created the hotel’s Christmas tree. CLARIDGE’S GALLIANO CHRISTMAS TREE IS ALL AT SEA