The “Dinner in White” event was held at a secret location, revealed at the last minute to be a square beside King’s Cross train station in London. 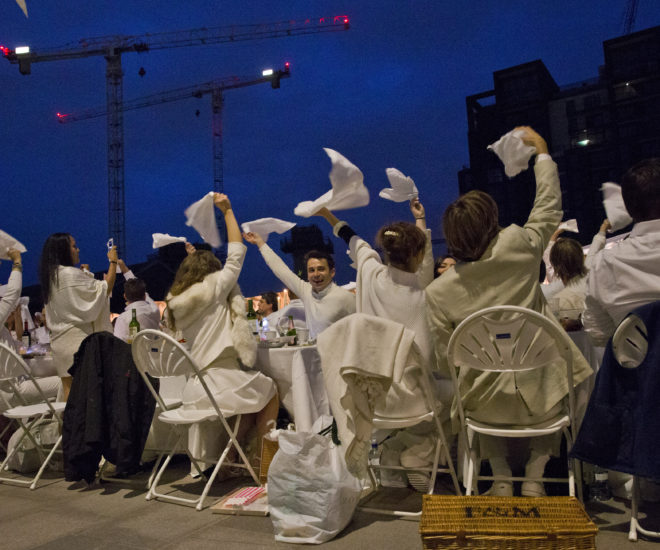 Hundreds of people dressed all in white attended a pop-up picnic in London on Thursday in an event aimed to celebrate public space in cities.

The “Diner en Blanc” or “Dinner in White” event was held at a secret location, revealed at the last minute to be a square beside King’s Cross train station in the centre of the capital.

Surrounded by white bunting, the diners set up tables with white tablecloths and shared picnic baskets filled with food, tableware and wine and champagne.

The tradition began at an event 27 years ago in Paris at which organisers invited guests to wear all white in a park so they could be spotted easily.

It has since become an international phenomenon, spreading to about 70 cities in 35 countries, from Johannesburg to Montreal and Tokyo. It has been held in London twice before.

More than 13,000 people turned up for the 27th edition in Paris this year, held in the public areas of the Tuileries Garden and the Palais Royal.

Guests are asked to dress in elegant clothes and must leave the area as they found it when they leave, removing all traces the picnic took place.