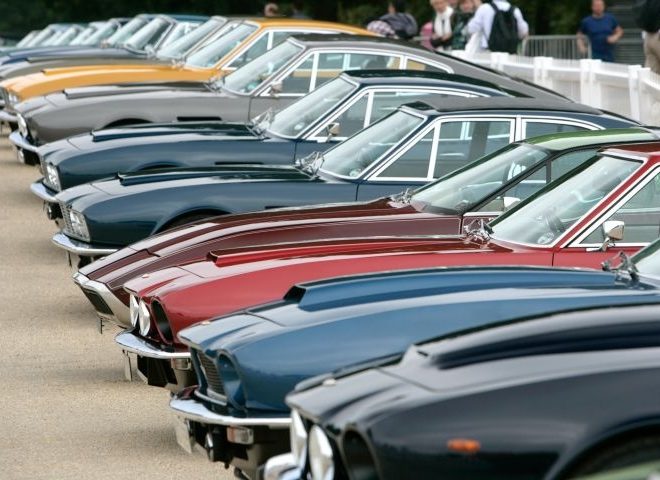 The British luxury car manufacturer marks its centenary in inimitable style and with the biggest gathering of Aston Martins in history — some 550 vehicles past, present and future with a combined value of some £1 billion (US$1.5 billion). In total a record-breaking 550 Aston Martins were on display with a total insurance value of over £1 billion. The event attracted over 50,000 visitors and featured a number of individual themed exhibitions and features, including a heavy focus on the brand’s association with James Bond. Every significant Aston Martin road car ever produced was represented from ‘A3′, the oldest surviving car… The CC100 Speedster Concept, which made its debut at this May’s 24 Hours of Nürburgring race was also on show alongside a number of Aston Martin’s most historic race cars. One huge surprise was the inclusion of two special Zagato-designed cars – the DB9 Spyder Zagato Centennial and the DBS Coupe Zagato Centennial, which until this event had only appeared as artist’s renderings and rumors.