Coca-Cola has launched a limited-edition collection of Diet Coke cans designed by Marc Jacobs to fete the soda brand’s anniversary in Europe. 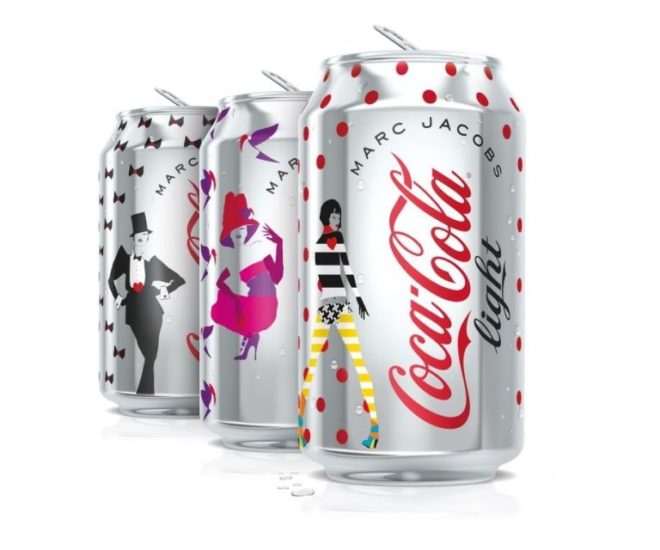 Coca-Cola has launched a limited-edition collection of Diet Coke cans designed by their creative director Marc Jacobs to fete the soda brand’s anniversary in Europe.

The trio of cans pays tribute to the fashion decades of the 1980s, 90s and 2000s, with each silhouette created to incarnate the woman of her time.

Inspired by the bright lights of Broadway and Radio City Music Hall where the zero-calorie drink first made its global debut in 1982, Jacobs sets a tuxedoed woman against a motif of butterfly bowties for the 1980s, for instance.

The 1990s were marked by glamour and “sartorial audacity,” represented by a dame clad in a fuchsia frock, long gloves, stiletto heels and extravagant felt hat.

And, according to Jacobs, the first decade of 2000 can be characterized by a collision of sporty chic energy, incarnated by a silhouette sporting a bob, geometric stripes and a houndstooth bikini bottom.

Jacobs takes over from Jean Paul Gaultier who served as creative director for Diet Coke in 2012. The Marc Jacob cans are now available across Europe.