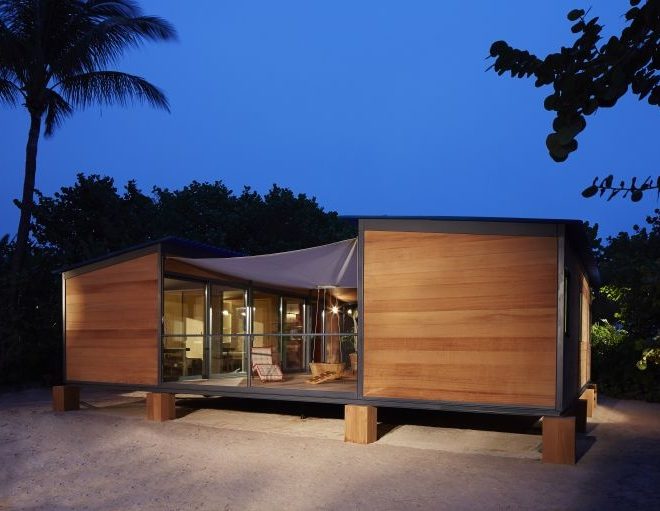 Designed in 1934 as a competition entry for the magazine “l’Architecture d’Aujourd’hui,” (Architecture Today), the modernist house was intended as a prefabricated economical holiday home suitable for mass production, but the project received second prize and was never realized.

Designed to be assembled and dismantled as required, it has now been built according to the original plans, in partnership with Perriand’s daughter Pernette Perriand-Barsac. Minor adaptations were necessary to translate the drawings into a physical structure. The prototype is furnished, as specified in the drawings, with items designed by Perriand herself during the 1930s.

This is not the first time Louis Vuitton has looked to Perriand for inspiration. The fashion house’s Spring-Summer 2014 “Icônes” collection was inspired by the designer’s talent and lifestyle. “La Maison au bord de l’eau” will be on display until December 8 at The Raleigh, Miami Beach.