The Duchess of Cambridge Kate Middleton has topped Vanity Fair’s International Best Dressed List for the third time in a row. 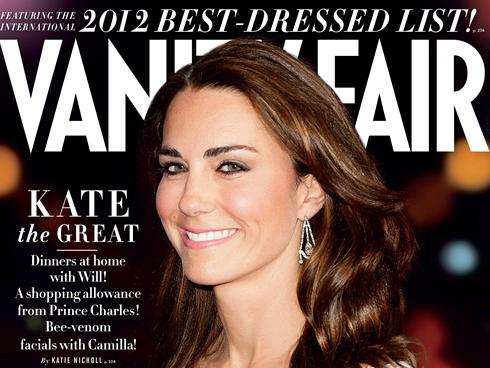 Praised by the fashion world for championing British labels such as Jenny Packham and Alexander McQueen as well as high street retailers including Zara, it comes as no suprise that Britain’s Duchess of Cambridge took the top spot.

An array of fashion industry insiders also made the list, such as Carlos Souza, worldwide brand ambassador for Valentino, and Erika Bearman, senior vice president of global communications at Oscar de la Renta.

The latter is known for her Twitter handle OscarPRGirl and took to the social network to tease that making her debut appearance on the compilation made her feel “royal.”

To read more about this year’s best-dressed list vist www.vanityfair.com