Banksy’s revered street vandal antics may soon come to an end, as the European Union Intellectual Property Office baits him out of anonymity.

Waist-deep in an ongoing trademark dispute against ‘Full Colour Black’ greeting card company, since fall 2018 – Banksy’s rebellious and anti-establishment antics have undoubtedly wormed its way into our hearts, making the news of possible court overrulement, that much harder to swallow. 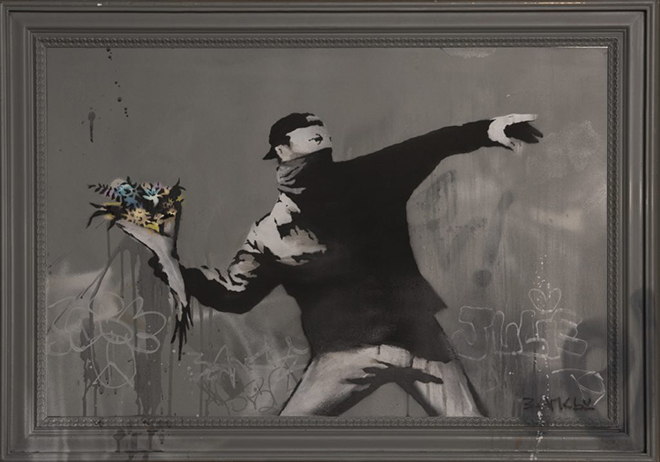 The legal proceedings which were first initiated by Full Colour Black against Banksy, hinged on the claim that the artist had no intention of using the trademark he had taken out on the iconic flower-thrower design in 2014. The card company thus aimed to relieve the guerilla artist of his sole ownership rights, to further their commercial interest. 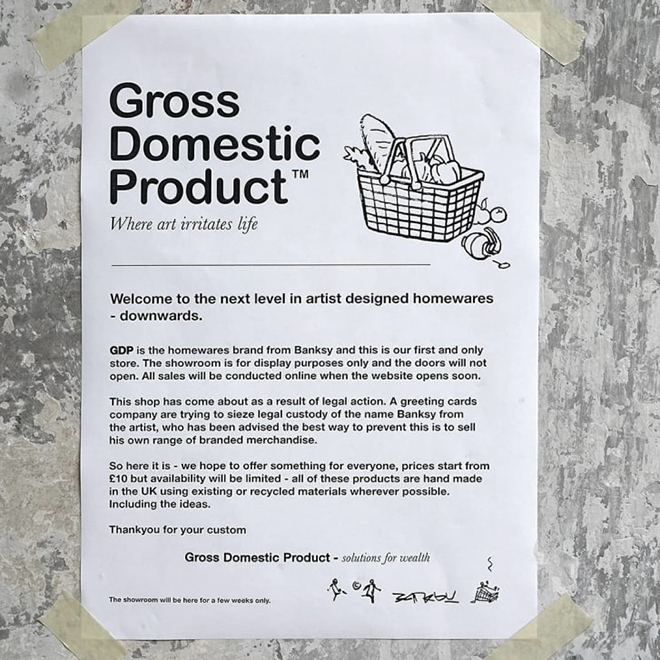 With no other word to describe such an unprecedented situation, Banksy and his legal team, Pest Control Office, quickly responded to what they deemed a ‘ludicrous’ situation with the launch of a one-off store dubbed ‘Gross Domestic Product’. The store which made headlines, aimed to demonstrate Banksy’s desire to commercialize his work through merchandising efforts. What was perhaps a seemingly ingenious move, eventually backfired as the court swiftly called on his bluff, “The use, which was only made after the initiation of the present proceedings, was identified as use to circumvent the requirements of trademark law and thus there was no intention to genuinely use the sign as a trademark… Banksy was trying to use the sign only to show that he had an intention of using the sign, but his own words and those of his legal representative unfortunately undermined this effort.” 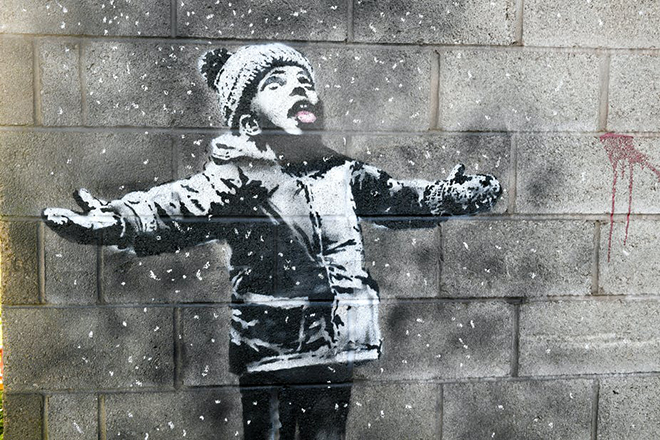 The unsatisfactory verdict which comes from a panel of three European Union Intellectual Property Office judges, determined that it was Banksy’s beloved anonymity and ungovernable nature that cost him not just the case but the legitimacy of all his trademarks, “Banksy has chosen to remain anonymous and for the most part to paint graffiti on other people’s property without their permission, rather than to paint it on canvases or his own property.” As a result, despite all the good Banksy has done to raise awareness on police brutality, immigration and the black lives matter movement, alongside his charitable donations to the Children’s Hospital and Stroke Unit, the legal judiciary system denies Banksy the liberty to copyright his work.