Stellar auction results from last year and this year continue to inspire confidence in luxury goods but a slowdown is definitely underway. 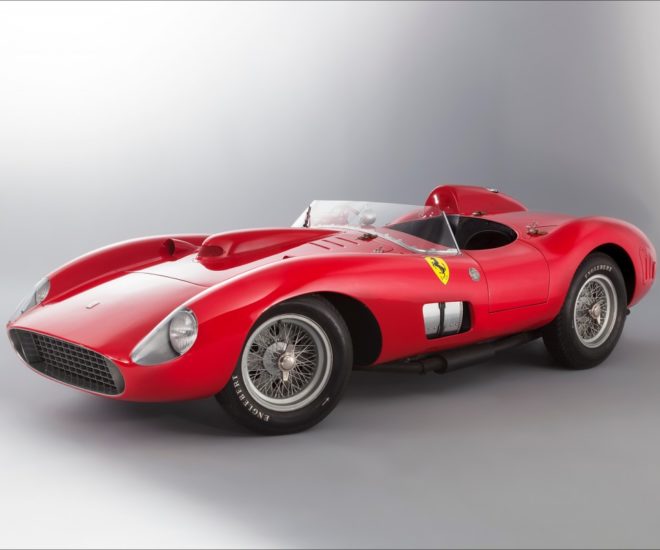 Stellar auction results from last year and this year continue to inspire confidence in luxury goods as an investment class but a slowdown is definitely underway. The 2016 Knight Frank Report released earlier this year observes that its own Knight Frank Luxury Investment Index (KFLII) rose by 7% in 2015 compared with a 5% drop in the FTSE 100 equities index (Brexit will make the FTSE a less-than-useful gauge next year). The report also notes that classic cars are the strongest performer (+17%) while furniture is in the red (-6%); these figures represent price changes over the course of 12 months to Q4 2015.

This year has been confusing for us to report on so we thought we would bring you the Knight Frank selection of top lots at auction in 2015 (scroll to the bottom), while noting some strangeness and a string of disappointments. The strangeness here is the record-breaking sale of the 1957 Ferrari 335 S Spider Scaglietti, which auction house Artcurial moved for $35 million (pictured top). At the time, various sources (ourselves included) reported that it was the most expensive car ever sold at auction but, due to currency volatility, this has been thrown into doubt.

As the Knight Frank report notes, the 2014 Bonhams sale of the 1962 Ferrari 250 GTO Berlinetta sold for $38 million so retains the USD record; the 1957 Scag holds the Euro record at 32.075 million. At 2014 exchange rates, the Scag would have beaten the Berlinetta but not so today. We are now in the position of having two Ferrari claimants to the throne of most expensive car ever sold at auction! The failure of the Ferrari 275 NART Spider to sell in May brought some clarity to the current situation, with experts from every auction house anticipating and warning of a slowdown in Ferrari auction prices and, consequently, in the entire classic car segment.

Look no further than the top lots sold to date for some context. All-time highs were recorded in 2015 for Jaguar ($13.2 million), Porsche ($10.1 million) and McLaren ($13.75 million). The best result we have for this year to-date is the aforementioned Scag, with everything else failing to even register on the newsworthiness scale. This explains why you may not have read anything about impressive auction sales recently. In the world of art, Picasso’s Women of Algiers remains the best performer at auction to date, selling for $179.3 million in May, 2015. Records thus far in this year include personal-bests for Jean Michel Basquiat (57.3 million) and Frida Kahlo ($17.2 million), far below last year’s stars Modigliani ($170 million) and Twombly ($70.5 million).

Diamonds also lost their sparkle in 2016, with the Lesedi la Rona failing to sell this year. Given that this is second largest diamond ever mined, its failure to find a buyer (Sotheby’s estimated $70 million but the final bid was $61 million) is lamentable. Nevertheless, the success of blue diamonds at auction last year continues to fuel hope for the colored diamonds subset. As long as Hong Kong tycoon Joseph Lau keeps buying these, prices look to stay rock-steady.