If you ever wondered what the most expensive purely electronic payment was, this ApplePay purchase of a 1964 Aston Martin DB5 might just have set that record. 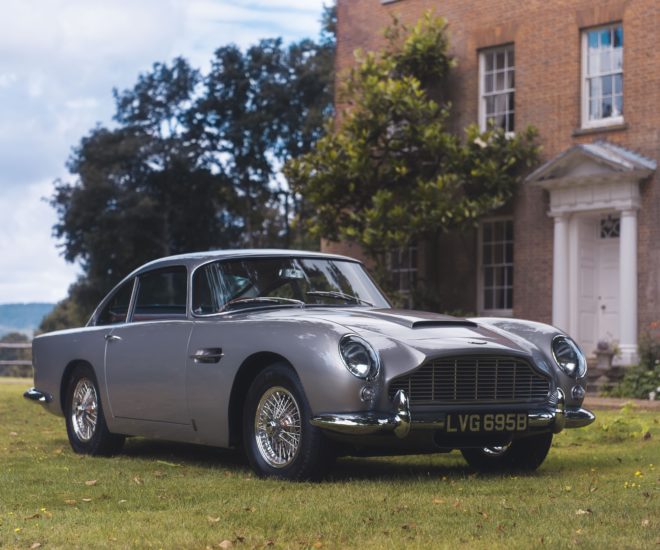 If you ever wondered what the most expensive purely electronic payment was, this ApplePay purchase of a 1964 Aston Martin DB5 might just have set that record. Yes, ApplePay, really. UK auction house Coys’ bid to move classic car sales into the digital age by embracing social networks has paid off, to the tune of $1 million.

That’s how much one classic car fan has paid, via social media platform Vero, to take ownership of a pristine 1964 Aston Martin DB5. What’s more, the final transaction for £825,000 ($1.01 million) was made using Apple Pay – in itself a potential world first.

Rather than simply organize a real-world classic car auction and hope to get people in the same room worked up into a bidding frenzy, Coys joined social media platform Vero and offered a selection of four iconic modern classics for sale: the aforementioned DB5, a Ferrari Dino, a Ferrari Daytona and a Bentley Continental S2.

People could bid on them or hit the ‘buy now’ button instead and pay a pre-agreed sum to guarantee ownership.

To help classic car fans decide if the investment was sound – after all one of the most important aspects of a real-world auction is the chance to examine lots closely and even take cars for a test drive if you’re registered to bid – the company also had a stand at this year’s Paris Motor Show where visitors could see each of the cars in the flesh. But even here, things were a little different as if they had the Vero app installed, they could buy any of the cars immediately.

“The proud new owner saw the DB5 at the Paris Motor Show,” said Chris Routledge, CEO of Coys. “He was overjoyed to see the car of his dreams and didn’t want to lose it… he was keen to quickly get in front of the queue, so a few days later he hit the ‘Buy Now’ button on Vero to guarantee the purchase, leaving two other collectors disappointed in his wake.”

And even at more than $1 million, the buyer could well have scooped a bargain. The DB5 is in the most desirable silver birch paint finish with a red leather interior. What’s more it has undergone a complete ground-up restoration and has been kept in dry storage for the past 20 years.

“Collectors worldwide fight fiercely amongst themselves to obtain the best machines,” explained Routledge. “The ‘Buy Now’ feature on Vero will give informed and savvy collectors a crucial head start in a highly competitive market place. [It] signals a new era for classic car sales.”

You’ve missed out on the Aston Martin DB5, that’s true but Coys currently has a £400,000 Ferrari Dino 246 once owned by Led Zeppelin’s manager, an £800,000 Ferrari Daytona and a £295,000 Bentley Continental S2 listed on its Vero profile. We have a feeling more high-profile sales will be taking place on Vero.