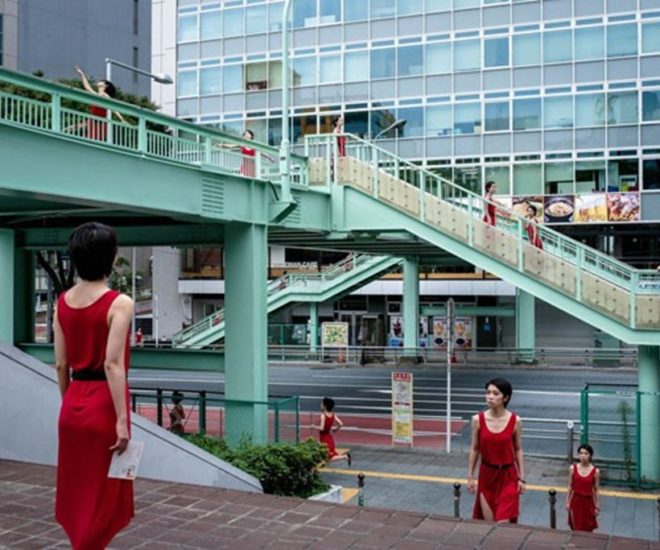 Japanese photographer Daisuke Takakura has shot a series of surreal pictures depicting a cloned person. His series, titled Monodramatic, features the same subject appearing multiple times in a single composition; all engaging in different poses at different areas captured in the photograph. Takakura’s apt title for the series actually means a piece that is played by a single character.

Set in parks, forests and other urban settings, the clones interact with their environment in interesting ways- for example playing around at a dinosaur playground or running down green hills. In some photos, the figures are barely visible and off in the far distance. Some clones meet and sometimes interact with each other. Many photographs possess a child-like quality with the clones positioned as if they are playing games with each other. The photographer intends to explore the notion of the “self” and how a person can be perceived, or perceive themselves, from multiple angles. Visit Daisuke Takakura’s website to see more of his work.