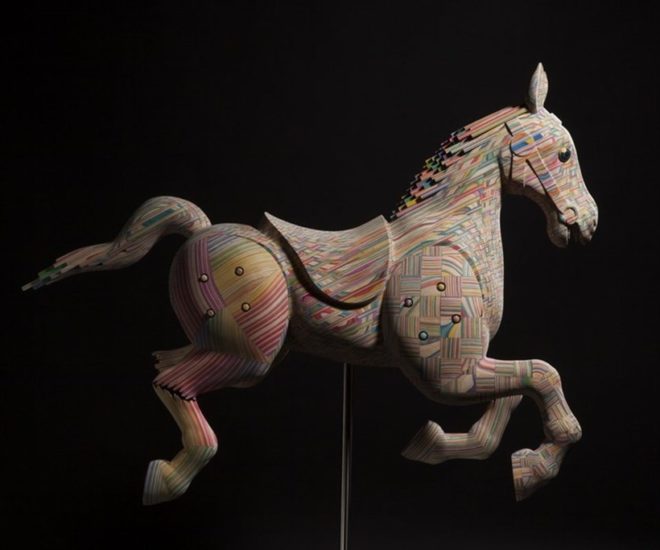 Japanese artist Haroshi has found a way to combine his two loves: Skateboarding and sculpture. The self-taught sculptor has been made famous on social media for his striking sculptures made from the wood of old and worn-out skateboards. He depicts images from pop culture by layering multiple types of processed woods, dyeing them, and carving them such that he yields a distinctive striped appearance. He then glues the multiple layers together into their final forms- which include pop-art forms like hearts and skulls. His work brings to mind that of Damien Hirst’s.  As an avid skateboarder who began skating at the age of 15, Haroshi often recycles his own skateboards into his artwork”, Haroshi writes on his site, “To Haroshi, his art pieces are equal to his skateboards, and that means they are his life itself. They’re his communication tool with both himself, and the outside world.”

Visit Haroshi’s website to see more of his collection.