The influential French Romantic painter has shaped modern art and the National Gallery in London is running an exhibition on his work up to May 22. 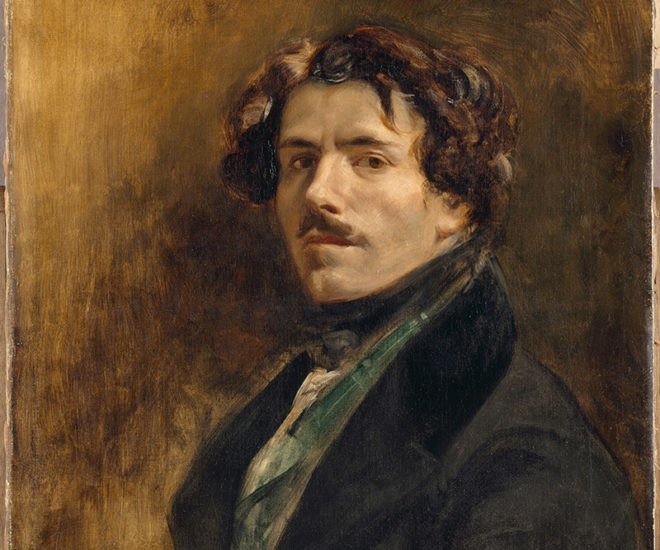 Later this week, The National Gallery in London, will present the first major Delacroix exhibition in half a century. Titled “Delacroix and the Rise of Modern Art”, his influence on the works of artists such as Van Gogh, Matisse and Kandinsky is undeniable. Running till May 22, the exhibit will examine his influence following his death and showcase his talent. Delacroix’s use of bold colors, abstract shapes and liberating techniques broke the traditional rules and practices, paving the way for new styles in painting. His use of vigorous and expressive brushstrokes, his study of optical effect of color combined with his daring compositions and exotic subject inspired Impressionists, Post-Impressionists, Symbolists and Fauves.

“To show Delacroix as a leader among his contemporaries and a spur to creativity among artists for 50 years after his death – up to the time of Matisse and Kandinsky – reaffirms his central role in the development of modern art,” said Christopher Riopelle, the National Gallery Curator of Post-1800 paintings.

The exhibition consists of more than 60 works borrowed from 30 museums around the world including Musée du Louvre, Musée d’Orsay (Paris), Metropolitan Museum of Art (New York) and the Van Gogh Museum (Amsterdam). More than a third of it will be devoted to a survey of works by Delacroix himself. Some of the highlights include “Self Portrait” (around 1837), “The Death of Sardanapalus” (1846) and “Lion Hunt” (1861). ‘Apotheosis of Delacroix’ by Paul Cézanne, inspired by Delacroix

Another part of the exhibition will comprise works by artists of later generations and will explore Delacroix’s influence on them. Among the masterpieces on display will be Van Gogh’s “Pieta”, Cezanne’s “Apotheosis of Delacroix,” Bazille’s rarely seen Lla Toilette” and Matisse’s study for “Luxe, calme et volupté.”

The exhibition will wrap up with Kandinsky’s “Study for Improvisation V” (1910), as a means to illustrate a direct line of descent from the Romantic master to the origins of abstraction.

The Exhibition has been organized by the Minneapolis Institute of Art and the National Gallery, London. For more information, click here.