Russian billionaire Viktor Vekselberg on Tuesday opened a museum to display his glittering collection of Faberge eggs, once owned by the tsars. 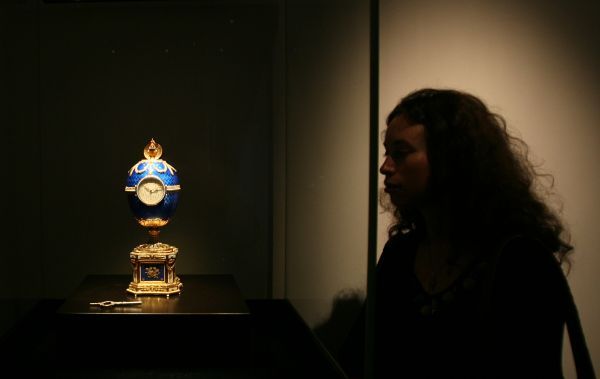 Russian billionaire Viktor Vekselberg on Tuesday opened a museum to display his glittering collection of Faberge eggs, once owned by the tsars, in the former imperial capital of Saint Petersburg.

Vekselberg bought the collection of eggs from the estate of the late Malcolm Forbes, the US publisher of Forbes magazine in 2004, vowing to bring them back to Russia.

The jewelled eggs with enamel and painted details include one given by the last tsar Nicholas II to his mother, Maria Fyodorovna, which is decorated with his portrait as well as that of his heir, Alexei.

Another made to celebrate the first anniversary of Nicholas II’s coronation has a surprise inside: a model of a tiny gold carriage. Others contain a gold hen and an enamelled rosebud.

The 18th-century mansion housing the museum originally belonged to Ivan Shuvalov, a favourite of Tsarina Elizabeth Petrovna. It was used for welcoming international delegations in Soviet days.

Vekselberg is worth some $15.1 billion, making him Russia’s fourth richest businessman, according to Forbes magazine, which estimated tbe value of his art collection at $850 million.

Court jeweller Peter Carl Faberge made around 50 of the eggs. The family tradition began in 1885 when Tsar Alexander III gave his wife, Maria Fyodorovna, a richly jewelled egg for Easter.

The Bolsheviks sold many of the eggs abroad to raise money after the October Revolution. Others were smuggled out by relatives of the last tsar’s family, who were shot in 1918.

Vekselberg’s collection of Faberge objects is rated as one of the world’s most valuable. When he bought them, the price was not disclosed, but the collection had previously been valued at $90 million.