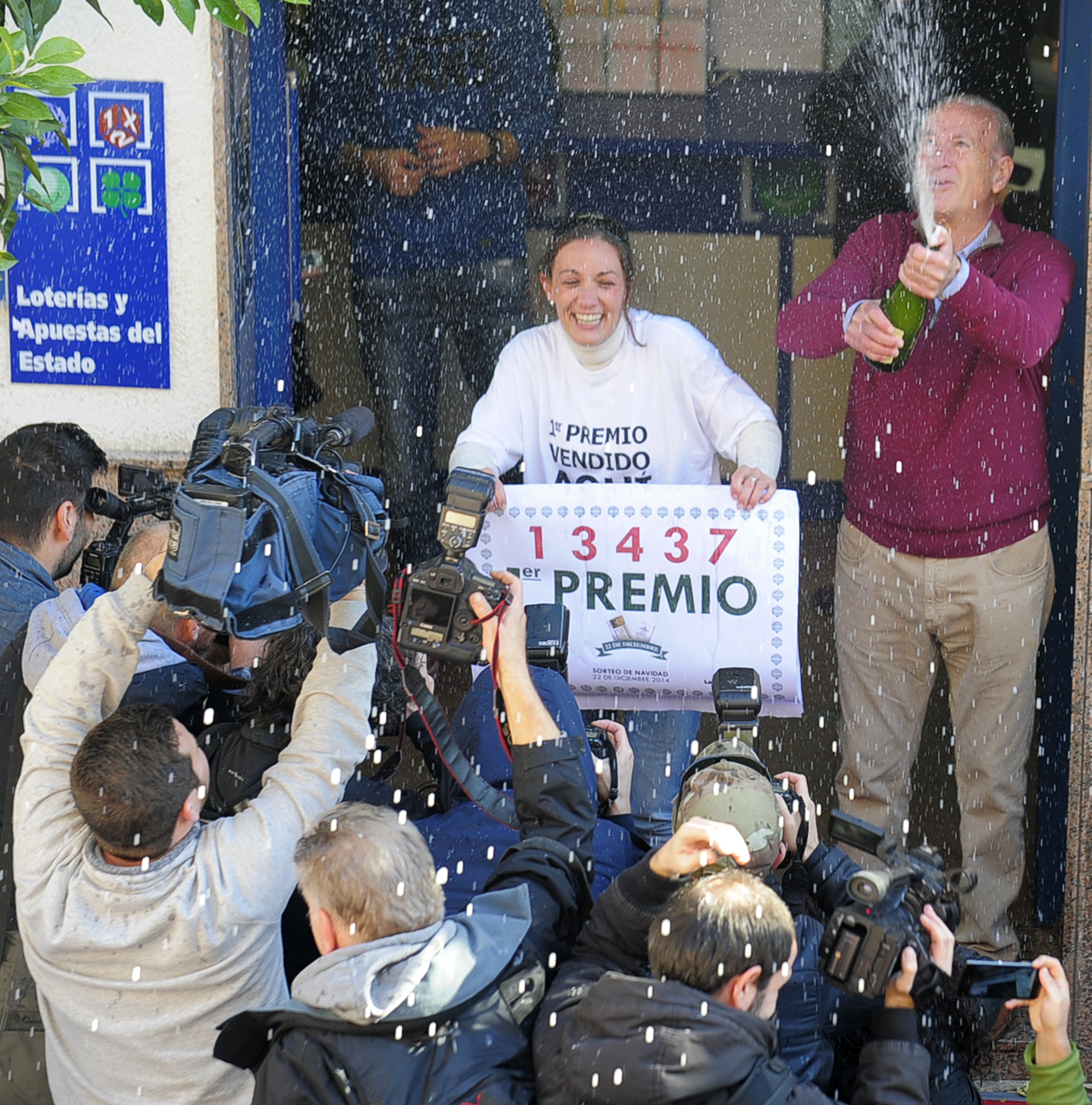 Spain’s Christmas lottery El Gordo, considered the world’s richest in prizes, shared out 2.2 billion euros ($2.7 billion) on Monday in a country fighting to recover from years of recession.

Holders of tickets with the top winning number, the Gordo itself, or “Fat One,” won 400,000 € each, with thousands of other smaller cash prizes.

Unlike other big lotteries that generate just a few big winners, Spain’s Christmas lottery aims to share the wealth, with thousands of numbers getting a prize.

Since last year however the taxman has taken a fifth of all prizes over 2,500 euros, as part of the government’s austerity measures.

As tradition dictates, children from a Madrid school picked wooden balls bearing the winning numbers out of two giant golden tumblers and then sang them out in a live television draw lasting four hours.

The Christmas lottery has been held uninterrupted since 1812. Even Spain’s 1936-39 civil war did not end it, as each side held its own draw during the conflict.

It has become a popular Christmas tradition in Spain, with friends, colleagues and bar regulars banding together to buy tickets.

Although other draws around the world have bigger individual top prizes, Spain’s lottery ranks as the world’s richest for the total sums paid out.