Sales of luxury goods in mainland China fell`1% to 115 billion yuan ($18.5 billion) in 2014 compared to a year earlier according to Bain & Company. 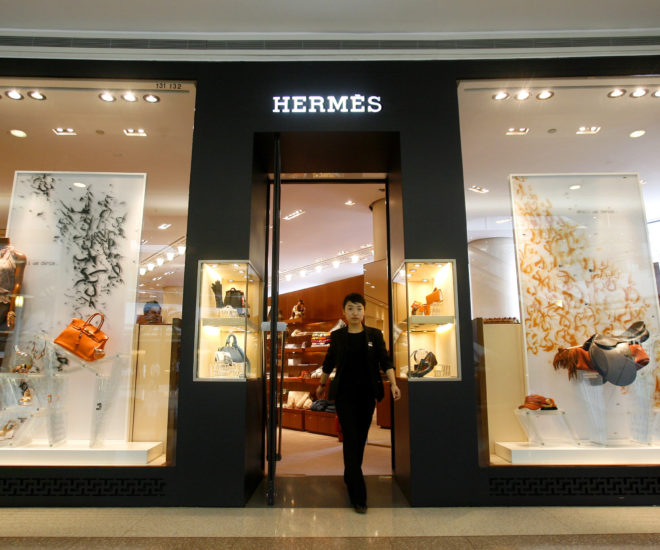 The consulting firm, which has been surveying the market since 2000, said it was the first time the industry had contracted.

China has become an ever more important destination for luxury goods manufacturers as the ranks of its wealthy have been swelled by a decades-long boom.

Swiss giant Richemont, the world’s second-largest maker of luxury products, said in November that its 2014/2015 first half net profit dropped 23 percent due to weaker demand in China.

The overall decline last year was because of the “continued impact of anti-corruption and frugality campaigns undermining ‘luxury gifting'”.

Slowing sales of high-end watches, menswear and leather goods contributed the most to the decline, the consultancy added.

A parallel austerity campaign has also has sought to curtail extravagant gift-giving, banquets and other excesses in the ruling party and government.

China’s economy expanded 7.4 percent in 2014, its weakest pace in 24 years, official data showed Tuesday, and authorities are emphasising a “new normal” as they retool the country’s growth model to one they hope will be more sustainable.

“The field of luxury brands in China is breaking wide open,” Bruno Lannes, the Bain partner who wrote the report, said in a statement.

“Brands’ future positioning and popularity within the luxury market hinges on their willingness to revamp concepts to serve the needs of the increasingly sophisticated and well informed Chinese consumers, while managing the growing diversity of sales channels, such as daigou.”

Daigou is a Chinese word for personal shoppers abroad who purchase luxury goods and send them to customers in China.

Bain said that the daigou market increased in 2014 to an estimated 55 to 75 billion yuan, led by cosmetics, leather goods, watches and jewellery.

The consultancy said that Chinese now purchase 70 percent of luxury brands either overseas or through daigou agencies.