With a mortality rate equal to the 1918 Spanish Flu which killed up to 100 million, we would be justified with our panic but with our interconnected economies of the 21st century, the panic is far deadlier than the virus could ever be 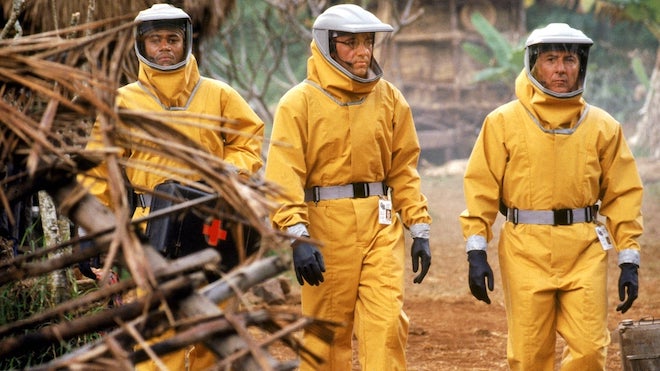 Outbreak – the first movie which brought pandemics into mainstream counciousness

It’s been a nigh eternal war – Humans have been battling viruses since before our species evolved into its current form. COVID-19 isn’t even the first coronavirus we’ve been dealing with, in 2007, we dealt with a “killer cold” the WHO dubbed, Adenovirus-14 . Since transmission is a matter of life or death for pathogen lineages, some evolutionary biologists have focused on this as the key to understanding why some viruses evolved into killers and others cause no worse than the common cold. The idea is that there may be an evolutionary trade-off between virulence and transmission but even then, biologically speaking, medical science is no closer to discovering the relationships between the lethality of a virus and its viralbility (a term that currently refers to social media phenoms rather than diseases) that any hypothesis at this point is just conjecture.

That said, one thing is clear: A lot of people are more scared of COVID-19 than they have any reason to be. For a start, there are many types of human coronaviruses including the most common ones which cause mild respiratory illnesses, at the onset, the 2019 coronavirus was appended with a “novel” prefix because it was meant to denote that it was one which the medical community had yet to encounter rather than any inferred statement to its lethality – it was merely an objective statement of fact to its uniqueness in the large family of coronaviruses. 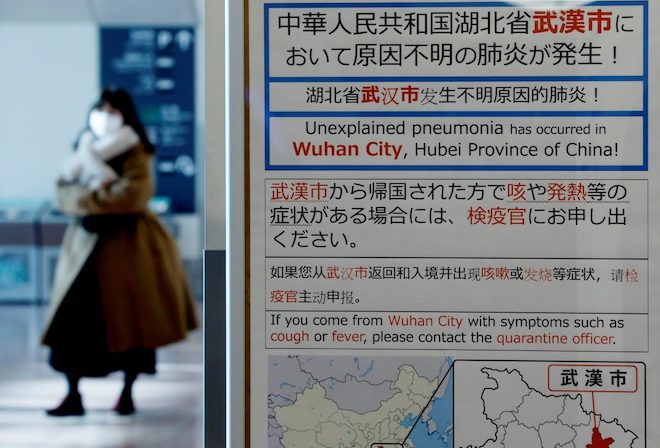 Some coronaviruses cause cold-like illnesses in people. Others cause illness in certain types of animals, such as cattle, camels and bats. Rarely, animal coronaviruses can spread to people. This happened with SARS-CoV and MERS-CoV. The most deadly flu pandemic, sometimes called the Spanish flu, began in 1918 and sickened up to 40 percent of the world’s population, killing an estimated 50 million people.

Today, a typical flu season will see mortality rates of up to 500,000 worldwide according to WHO. But occasionally, a new flu strain like COVID-19 emerges, a pandemic results with a faster spread of disease (and in the 21st century accompanied by social media dissemination at a pace previously unheard of), humanity has found a new way to fuel its darkest fears from a biological, mental and emotional perspective. That said, with 3,048 deaths out of 89,197 cases so far, the mortality rate for COVID-19 as tracked by Johns Hopkins appears to be on par with the deadly 1918  flu which is over 3% but these stats still do not compare with deaths resulting from regular flu. 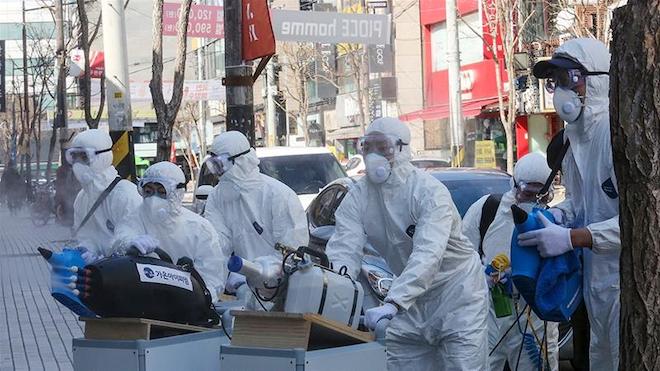 Statistically speaking, Dengue sickens 50 to 100 million people a year, with a 2.5% mortality rate, though lower than other viruses including the recent coronavirus, it can cause an Ebola-like hemorrhagic fever, and that condition has a mortality rate of 20 percent if left untreated – yet it is a risk we have learned to live with and simply manage. If anything, our responses to viruses past should provide a clear map in that, while combating the disease from a medical perspective, one should not simultaneously decimate the very instruments that allow us to “wage war” on this virus – aka the strength of our economies and the finances required to fuel research & development of a cure.

Why are we panicking over COVID-19? Probability Neglect

“For a long time after 9/11, many people refused to fly because they felt a heightened sense of fear or peril, even though, statistically, most of them “were not at significantly more risk after the attacks than they were before.” – Cass R. Sunstein, University of Chicago

In a 2001 paper written by Cass R. Sunstein for the University of Chicago titled “Probability Neglect: Emotions, Worst Cases, and Law”, Sunstein developed a rational argument that “When strong emotions are triggered by a risk, people show a remarkable tendency to neglect a small probability that the risk will actually come to fruition”. When people are neglecting the fact that the probability of harm is small, Sunstein argued that government should generally attempt to inform people, rather than cater to their excessive fear through acts of parliament or martial authority. But when information will not help, government should respond, at least if analysis suggest that the benefits outweigh the costs. 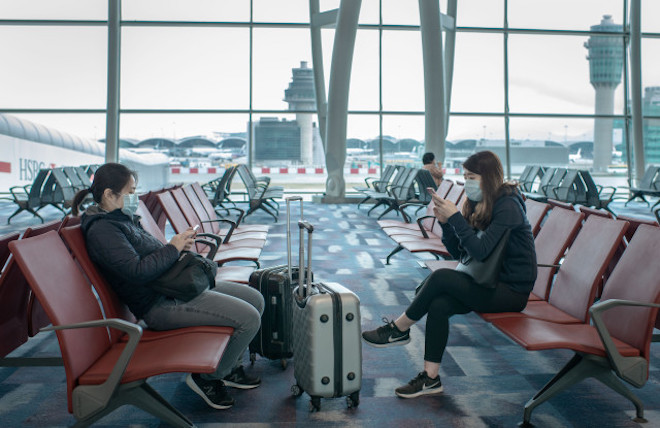 Mandatory Credit: Photo by Ivan Abreu/SOPA Images/Shutterstock (10558914a)
Passengers wear surgical masks at an empty departure terminal hall at the Hong Kong International Airport.
As the number of victims of the new Coronavirus increases, more countries cancel flights within and without the region. Flight cancellations amid fear of Coronavirus, Hong Kong, China – 14 Feb 2020

Psychologically speaking, many experiments suggest that when it comes to risk, a key question is whether people can imagine or visualise the “worst case” outcome. for example, in deciding to purchase warranties for consumer products, most people do not spontaneously point to the probability of needing repair as a reason for the purchase. But when the risks were perceived to be higher, in health insurance for instance, Professors Robin Hogarth and Howard Kunreuther found that mean willingness to pay insurance premiums did not vary among risks of 1 in 100,000, 1 in 1 million, and 1 in 10 million.27 They also found basically the same willingness to pay for insurance premiums for risks ranging from 1 in 650, to 1 in 6300, to 1 in 68,000. 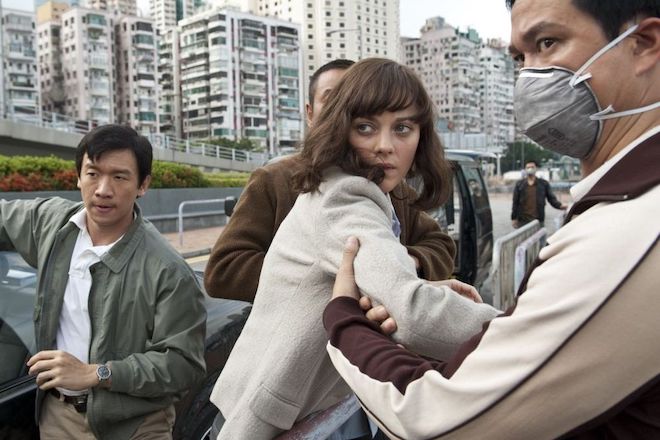 It may be grotesque to weigh the financial costs of the coronavirus relative to the mortality rate of the disease which has taken the lives of 3000 but alas, in pure economic terms – researchers have found that in one of the most economically successful countries in the world, the United States, poverty has led to the deaths of approximately 245,000 (numbers in the same range as heart attacks and strokes) in the year 2000. In simplistic terms, with mortgages, rent and other cost of living expenses, job losses stemming from systemic failure of small and medium enterprises (and even large corporations) can lead to catastrophic malfunction of an increasingly sandwiched middle class – in short, we could be looking at another Great Depression. 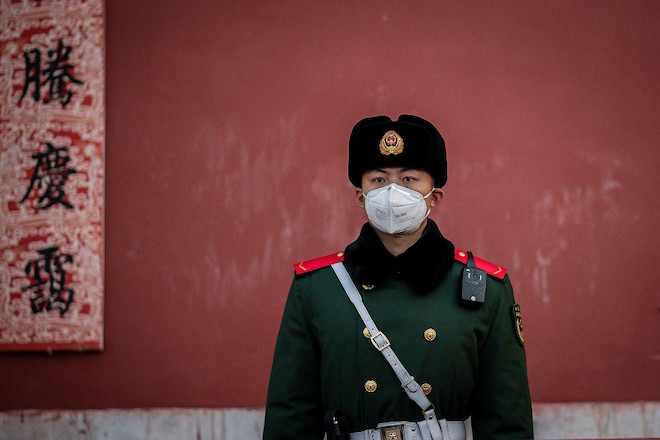 In February 2020, LUXUO warned that over-dependence on China as both producers and consumers, a sort of eggs AND the chicken in one basket phenomenon, would lead the world into global economic disaster. For weeks now, logistics managers, travel specialists, and  business owners have warned of substantial disruptions as the disease continued to spread beyond Wuhan. When South Korea leapfrogged Singapore to the world no. 2 position of most infected country outside China and as news of infections started to appear in the United States, Italy and Switzerland, financial markets and most economic forecasters began to work up to the reality that the dampened sentiment from the global COVID-19 outbreak wasn’t something that a mere interest-rate cut by the Federal Reserve was going to fix.

As uncertainty about how widely the virus will spread and how much economic damage would result became clearer as country after country approached the spread of the coronavirus with a policy of containment and lockdowns, it became a certainty that an eventual global lockdown would be calamitous, no longer limited to China (on which the global economy was already largely dependent) but worldwide. 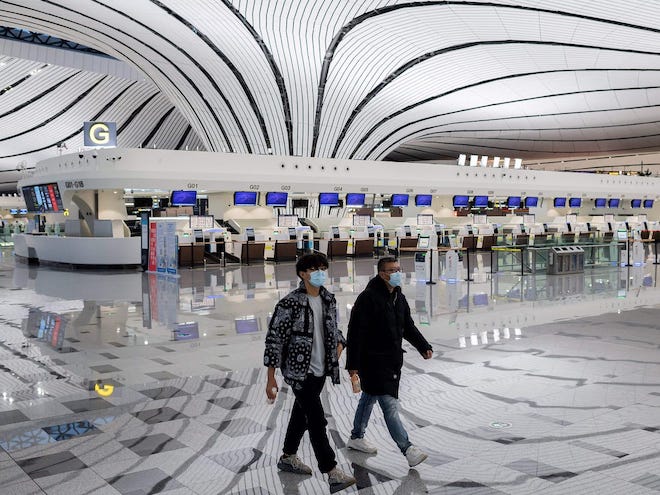 According to Nature.com, China hosts more than 18 million small and medium-sized enterprises, accounting for almost 80% of enterprise jobs and 50% of private firms’ exports – these have now been severely affected by the COVID-19 outbreak as China pursues aggressive efforts to control the spread. In fact, the authors hypothesise that the combination of widespread production disruption, surging inventory costs from depressed domestic consumption and rigid expenditure on rents, and wages could all culminate in a cataclysmic reaction up and down the capital chain across businesses and industries, eventually resulting in bank failures as liquidity dried up entirely.

“This crisis will spill over and result in a disaster.” – Economist Nouriel Roubini

Speaking to Der Spiegel during an interview with Tim Bartz, economist Nouriel Roubini, the prophet of the 2008 financial crisis believes that the coronavirus will cause the stock markets to drop 30 to 40% . Citing examples of economies in Italy and Germany already on the verge of recession and that a pandemic of this nature requires a swiftness that current political process of negotiation, which typically takes six to nine months, does not allow. Furthermore, countries that were depending on Chinese GDP growth to import and consume their products, would have to absorb the shock of a China in recession at worst, At best, a China at half the anticipated expected growth rate of 2.5 to 4% instead of the projected 6% as anticipated would still send dependent economies into a downward spiral. 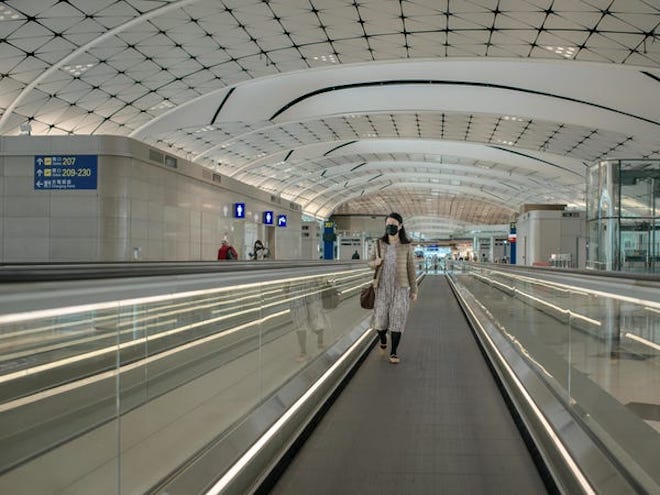 As editorialised in NYT’s 25th Feb article by Neil Irwin, trade wars and tariffs might put sand in the gears of global commerce, but a coronavirus outbreak of this scale has the potential to stop the gears entirely. Companies had many options for dealing with the trade war, from sourcing goods from elsewhere or simply paying more for them but a supply shock cannot be fought with monetary or fiscal policy, since the reasons for this occurrence are unrelated to the forces that more traditionally shape economic. Furthermore, central banks in Japan and European are already at negative interest rates, further stimulus wouldn’t help at all.

China has been both supplier and customer over the last 10 or 20 years, and the vulnerability was best expressed when the S&P 500, a US exchange, had its worst week since 2008, falling 11.5% in a week. In Europe, Britain’s FTSE 100 fell more than 3 percent and the Dax in Germany fell more than 4 percent. In Asia, the Nikkei 225 in Japan closed down 3.7 percent, the KOSPI in South Korea dropped 3.3 percent, and the Shanghai Composite in China dropped 3.7 percent. 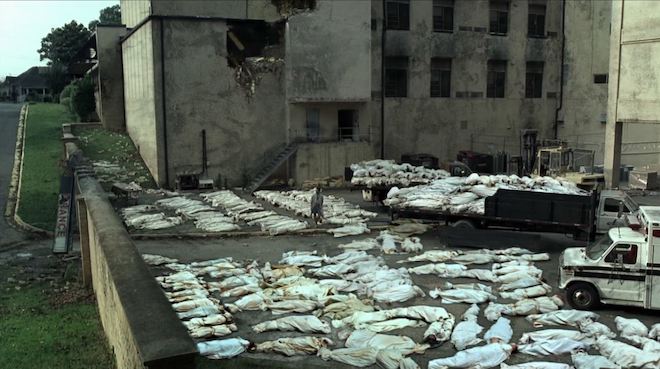 As consumers stop or slow spending, more companies will start to struggle as cash flow, managed according with projections, starts to dry up – suppliers and credit lines don’t get paid and investors become more reluctant to extend lines of credit or credit terms. Banks may  tighten lending standards and already investors believe the fears over the coronavirus have already hit banks with stocks of the three largest U.S. banks — JPMorgan Chase, Citigroup and Bank of America — all down by a lot more than the S&P 500 so far this year.

Things are pretty bad right now but they could get a lot worse, among them that the COVID-19 virus will spread throughout Europe and the United States, forcing consumers to stay home, avoiding work, causing productivity to fall, avoiding crowds, affecting retail, food & beverage as well as travel and other associated businesses. As a stop gap, most European countries have cancelled their major exhibitions and conferences: 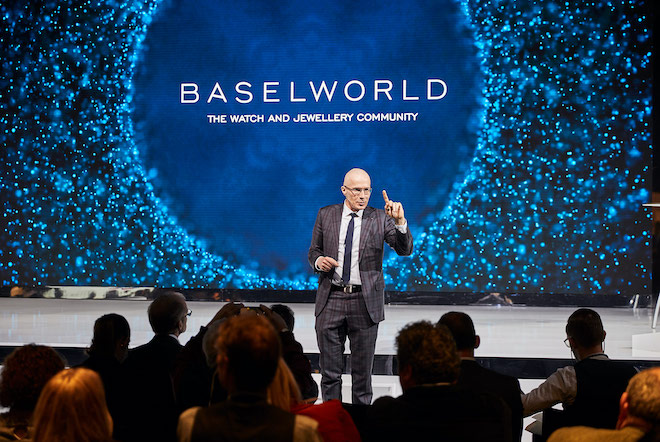 Objectively, governments like the United States depend on tax revenues and other income streams to fund biomedical research funding and encourage vaccine research. Even with a vaccine, you’d still need actual treatments for other potential viruses. Already, President Trump aims to cut NIH funding by 7% and CDC funding by 16%.

According to Fortune.com, the cuts started in 2018, as the White House focused on eliminating funding to Obama-era disease security programs. That same year, the Centers for Disease Control and Prevention (CDC) was forced to slash its efforts to prevent global disease outbreak by 80% as its funding for the program began to run out. The agency, at the time, opted to focus on 10 priority countries and scale back in others, including China.

The CDC is not just responsible for coordinating US public health measures in response to outbreaks, but as a result of its international tracking and monitoring, has also been a useful transnational agency when it comes to providing an alert to potential medical crisis; further economic damage resulting in further fiscal belt-tightening could potentially result in more short-sighted cuts to crucial biomedical funding in not just the US but other vital developed economies as well – a Doomsday scenario which is objectively worse than the outbreak so far. Time to give rationality a chance.