The WRC rally driver joins other great athletes in his new partnership with Richard Mille. 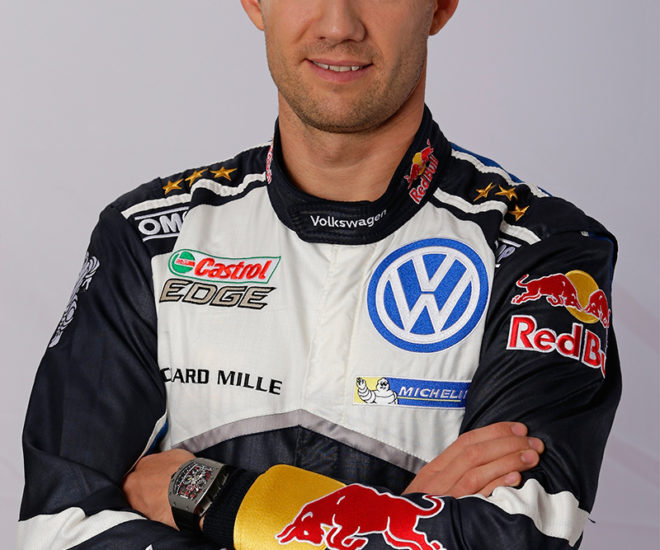 Sébastien Ogier has been announced as the newest partner for Swiss watchmaker Richard Mille and only the latest convergence between the world of fine watchmaking and racing. The four-time world WRC rally champion, and ardent Richard Mille fan is set to don the most iconic driving watch created by the brand.

The 32-year-old French driver has had the most excellent career, less than 10 years after his debut, and is expected to have more success in future. What makes Richard Mille a perfect fit with the driver is the watchmaker’s ability to design timepieces that fit like a second skin and are robust enough to withstand extreme conditions. As the Ogier explained “I had never driven with a watch before because they’re not made for it”. He added that his craft required him to be able to gain a few tenths or even hundreds of a second, making the reliability of the timepiece of utmost importance. In his latest season, the driver wore a RM 011 titanium flyback chronograph, and it must have been an excellent talisman because it accompanied him on his third consecutive winning drive at Monte Carlo.

Other notable names in the sorting world that have paired with the Maison include Felipe Massa and Rafael Nadal. The tennis star even wore a Richard Mille timepiece while competing for his 10th French Open title, and later auctioning it off in the name of charity. Their support of the finest competitors in the world makes the partnerships with both sportsmen a perfect match.