You could literally claim that this watch has a piece of heaven in it. The full name, the Tonda 1950 Meteorite Special Edition, explains it all. 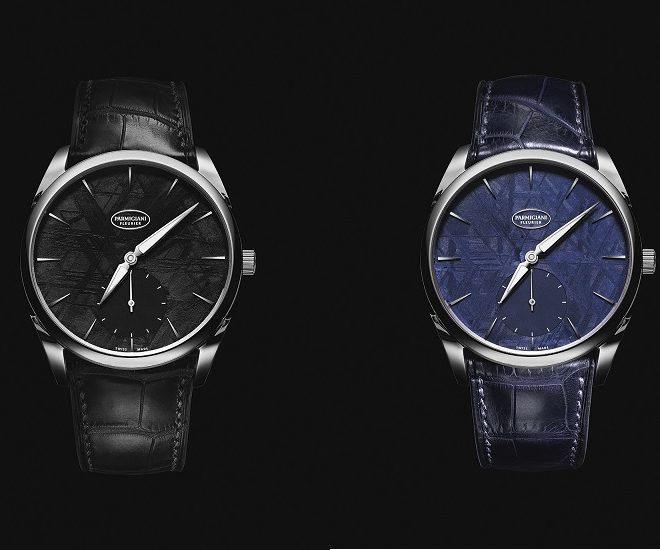 The Tonda 1950 Meteorite Special Edition’s two references might, at first glance, appear to just be new colorways that were added to the Tonda 1950 collection. However, a closer look will reveal a textured network of intersecting lines on the dials that point to their extra-terrestrial origins.

If its name isn’t enough of a hint, Parmigiani Fleurier’s new model has a dial that is actually a slice of a meteorite. The crisscrossing lines on it are known as Widmanstätten patterns, which can only be formed in outer space from the gradual cooling of iron-nickel alloys over thousands to millions of years. The resultant crystallisation creates three-dimensional structures that translate into varying patterns, depending on how the meteorite is eventually cut. Given the time span involved, this crystal structure cannot be replicated on Earth, thus limiting supplies to the meteorites that have already been recovered.

It takes several steps to create a watch dial from a chunk of meteorite. A piece of the material must first be cut out, then trimmed down to the exact shape and dimensions for the watch case. This is no mean feat – meteorite is hard, yet brittle, which makes it difficult to machine without chipping or breaking. Following this, the slice of meteorite is polished, then put through a series of acid baths to accentuate the Widmanstätten patterns, before undergoing electroplating to impart it with a deep blue or black hue. The final product is a slice of coloured meteorite just 0.3mm thick that is overlaid on a brass plate of the same height to form the dial.

Like the rest of the collection, the Tonda 1950 Meteorite Special Edition runs on Parmigiani Fleurier’s PF701 movement, an ultra-thin self-winding calibre that measures just 2.6mm high. In a first for the collection, however, both references of the new model sport titanium cases instead of white or rose gold, to better suit the technical slant of their dials.