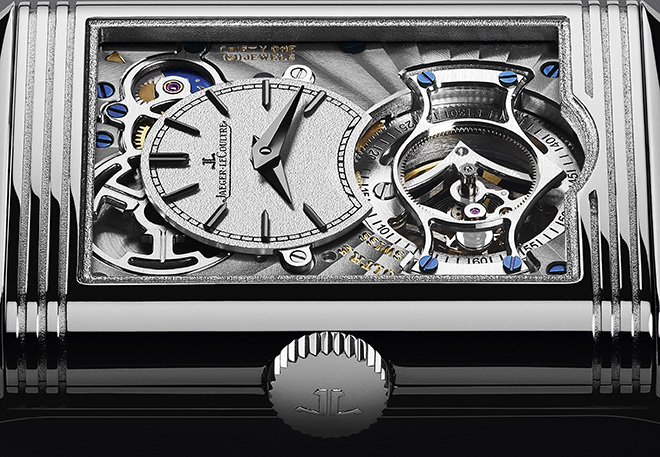 Generally speaking, brands can be defined for their watchmaking prowess in one singular iconic model. So, when Jaeger-LeCoultre re-established their horological kudos with not one but two iconic models courtesy of the Hybris Mechanica 11 and the  Reverso Tribute Gyrotourbillon in 2014 and 2016 respectively, you can be sure that for its 185th anniversary, it would release a creation of similar gravitas (watchmaking pun not intended).

The new  Reverso Tribute Tourbillon Duoface brings together the grand maison’s most celebrated icons – the flying tourbillon and incorporates it into their celebrated Duoface concept; what results is a unique timepiece of absolute sophistication. The Duoface is recognised for its amazing versatility, a single watch offering two-time zones on two separate dials whilst keeping its relatively slim profile; thus, the addition of the flying tourbillon while keeping its 9.15 mm thinness is exemplary of the brand’s technical prowess, made possible an ambitious new movement layout and their execution of the tourbillon’s moving carriage and its sprung balance using an ingenious ball-bearing system which keeps calibre thickness manageable. 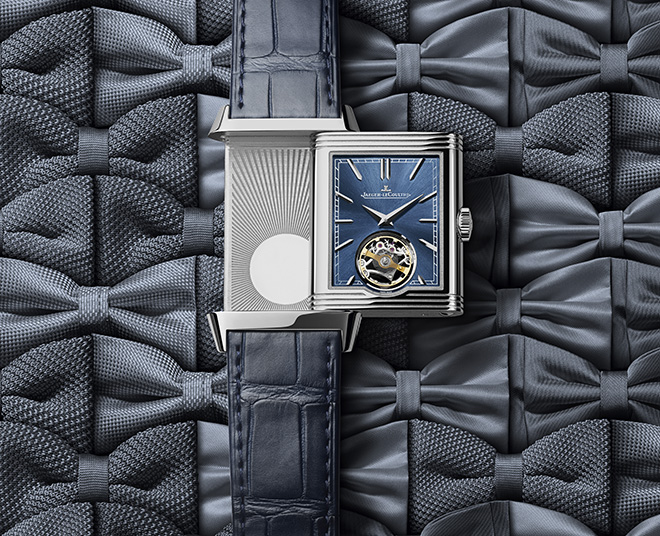 Hence, the new Reverso Tribute Tourbillon Duoface is a highly anticipated version of the Reverso Tribute, equipped with the new manually wound calibre, Jaeger-LeCoultre Calibre 847 and limited to fifty pieces, catering to a few fortunate enthusiasts who are able to get their hands on this unique watchmaking expression.

Hallmark Reverso aesthetic codes have remained largely unchanged since 1931 save for the ever improving decorative and technical feats like the blue sunrayed dial and silvered hand- applied hour-markers with dauphine hands adorning one side, and a grained dial with Côtes de Genève finishes and Night & Day indicator present on the other, emblematic of the classic era; each possessing an aesthetic at once complimentary and diametrically opposed, each exposed with a simple flick of the finger, exposing two faces of a mirror. 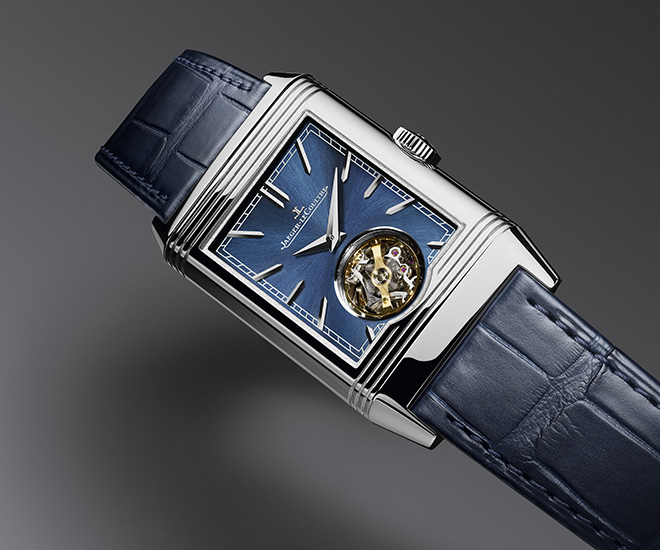 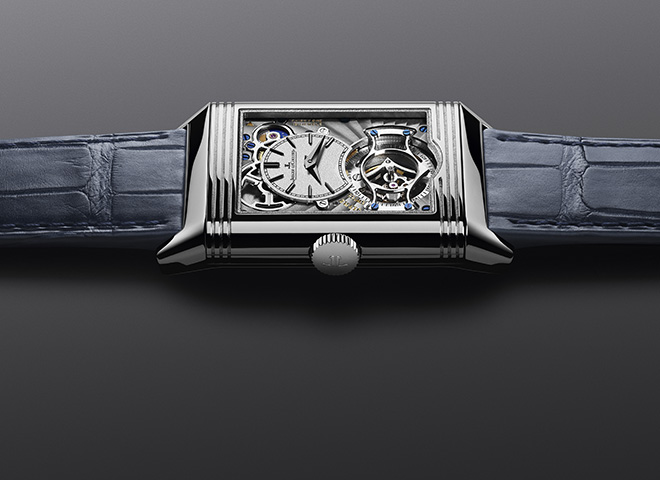