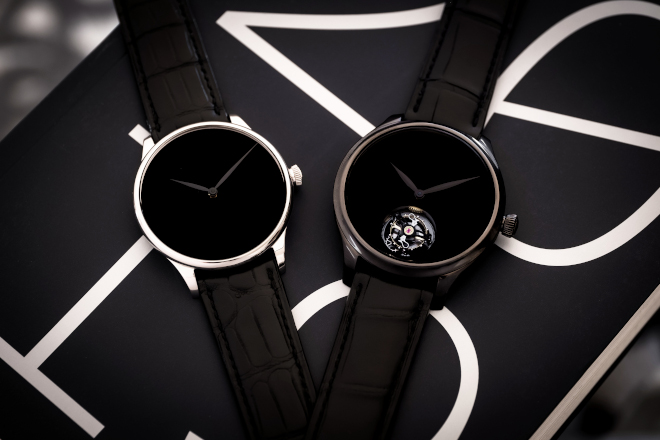 It was bound to happen, but the coronavirus pandemic and the subsequent rolling lockdowns across the world just accelerated it. H. Moser & Cie are offering their Venturer Vantablack watches online.  Online sales of five figure premium luxury watches were bound to happen sooner or later, at the 2018 edition of SIHH, H. Moser announced its partnership with China’s largest online retailer JD.com and the H. Moser  e-commerce platform launched with carefully selected flagship timepieces like its Perpetual One to promote its signature collections and undeniably distinctive aesthetics.

On 2nd April 2020, H. Moser expanded beyond e-commerce in China, offering customers the opportunity to purchase the Schaffhausen manufacture’s watches. Celebrating this momentous occasion are three exquisite editions, a deepening of H. Moser’s purist watchmaking ethos – its smoked dials replaced with dials of Vantablack®, the blackest black ever made by human ingeniousness. 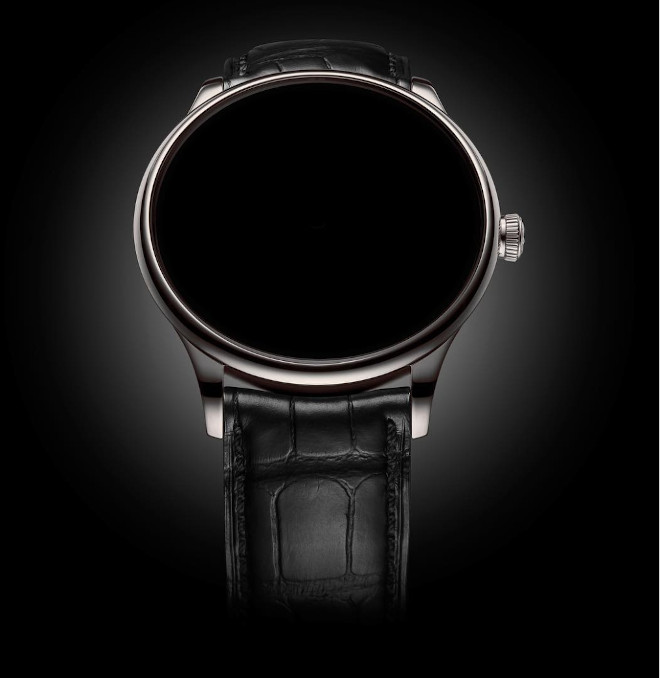 conceived as a 2019 April Fool’s joke, H. Moser & Cie. posted a “concept” rendering of a Venturer watch with black dial and blackened hands

Initially conceived as a 2019 April Fool’s joke, H. Moser & Cie. posted a “concept” rendering of a Venturer watch with black dial and blackened hands on social media, obviously such a fully blacked out watch would be ludicrous since time indications would be impossible or near impossible to read – nevertheless, the deluge of online requests and buzz encouraged H. Moser & Cie. had to take it seriously. 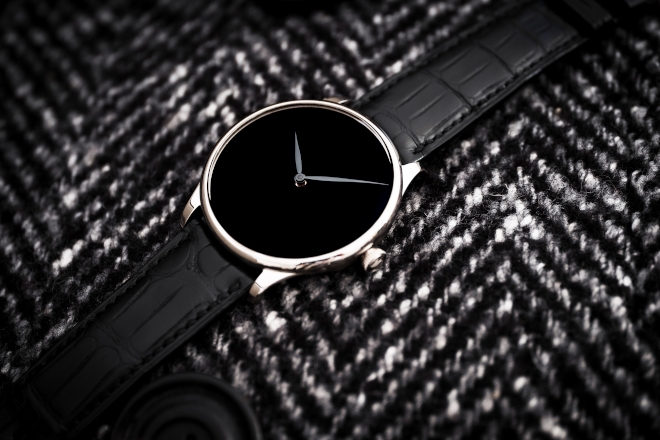 For those accustomed to Moser’s fume dials, this absolutely minimalist aesthetic is guaranteed to make an impact: featuring black hands – executed by way of high horology finishing technique known as mirror polishing, the special Moser Vantablack editions goes a step further than their previous Venturer Concept Vantablack and Enedeavour Perpetual Moon Vantablack by not just stripping the faces of all extraneous elements like printed names and applied hour indexes, now, even time indication, the literal raison d’etre of a timepiece is reduced to a mere whisper – it is further proof that the heart of fine watchmaking is about eliciting emotion rather than something as functional and plebeian as an Apple Watch (which Moser has also parodied to great effect). 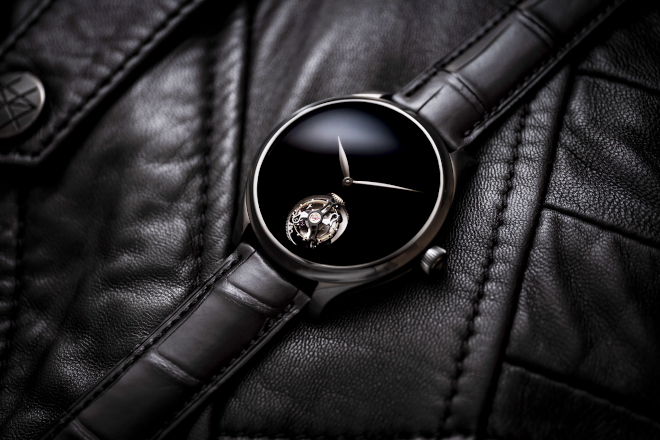 The Tourbillon Vantablack Black Hands is especially interesting thanks to its matching black DLC case and though it no where approaches the depth of black seen on the dial, it gives an otherwise dressy classic tourbillon timepiece a rather contrasting sportive if still exceedingly sophisticated look. 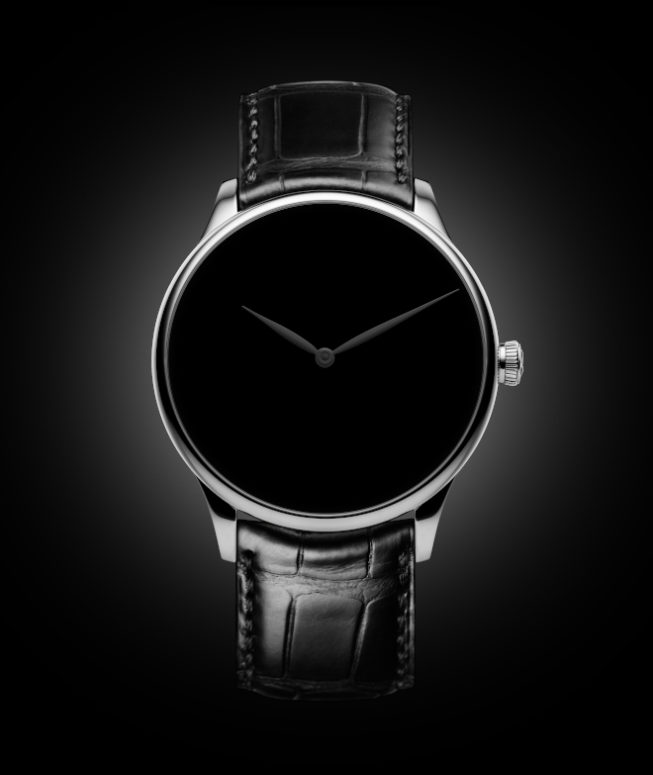 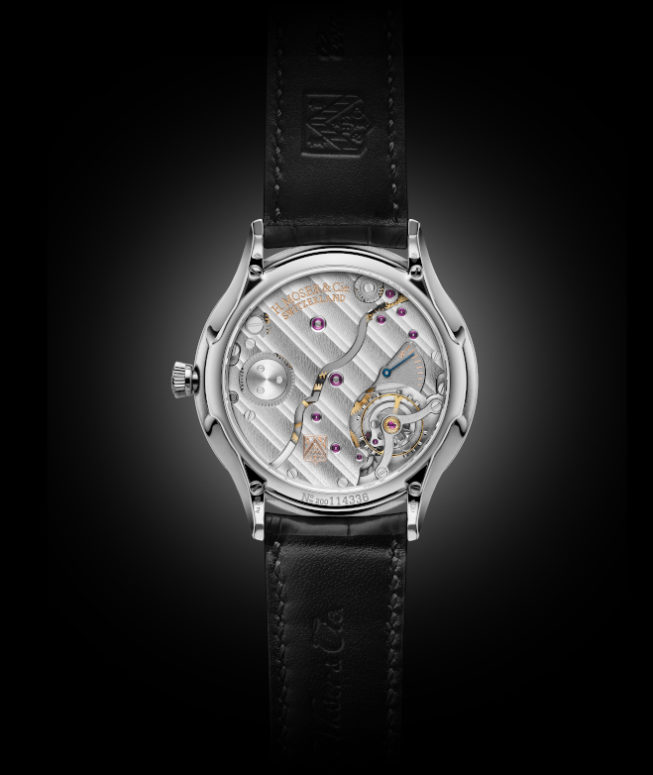 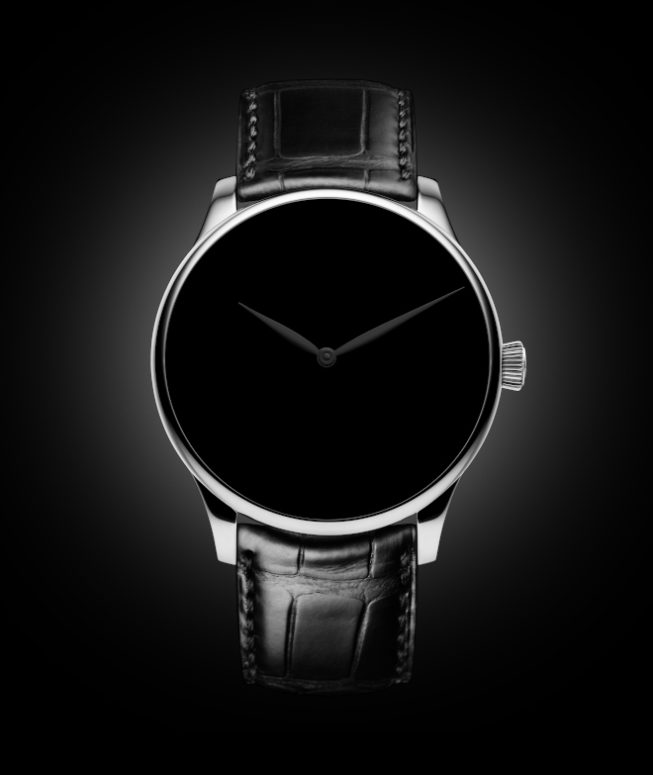 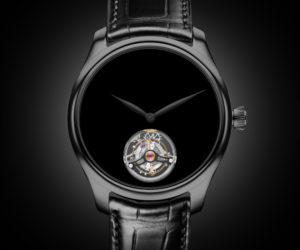