Speaking to new CEO Catherine Alix-Renier, WOW was keen to understand Jaeger LeCoultre Art of Precision through the its emblematic collections 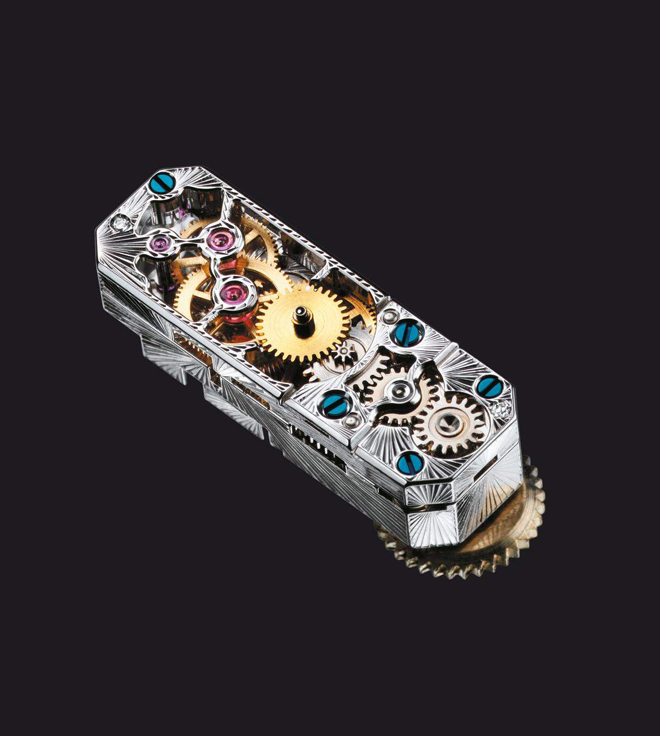 The Duoplan led to the creation in 1929 of the world’s still-smallest mechanical movement, the Calibre 101, whose 74 original parts (98 today) weighed a total of approximately one gram. It still holds the record to date.

It is little known fact that Jaeger LeCoultre was founded in 1833, not so much as a watchmaker but as a maker of highly precise watch components (beginning with invention of an industrialised process to cut watch pinions from steel). Hence, for 2019, the Grande Maison’s focus on the Art of Precision, is full circle of sorts and the distillation of close to 200 years of precision engineering and manufacturing, of which, watchmaking is now the core focus but not originally, the brand’s raison d’etre.

Indeed, Antoine LeCoultre may have begun his journey into horology shortly after his invention but he never forgot his guiding philosophy of extreme precision, inventing the Millionomètre, the world’s most precise measuring instrument in 1844, pursuing the ability to make watch components with ever exacting tolerances. Speaking to new CEO Catherine Alix-Renier, World of Watches was keen to understand the Art of Precision through the eyes of the industry’s first female Chief Executive. 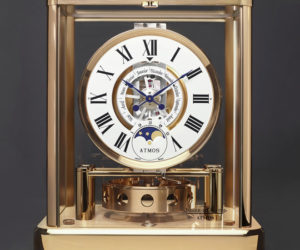 How did they think to use variations in temperature to power it? The Jaeger LeCoultre derives energy from small temperature and atmospheric pressure changes in the environment, and can run for years without human intervention. 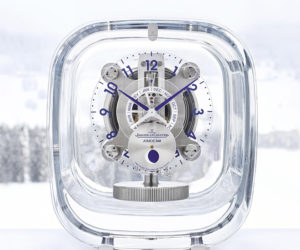 Within a sealed capsule, a mixture of gases expand and contract with each temperature change, winding the mechanism naturally, without any human intervention; The Atmos’ gearing is known for its accuracy: the moon-phase model, for example, accumulates a one-day discrepancy only once every 3,821 years

180 specialist skills, nearly 1,250 calibres, and 400 patents, there’s a lot of scope to expression the maison’s technical and artistic precision, what are some of the extraordinary examples which would best represent the Grande Maison?

I would start with our icon, the Reverso; in terms of style and an expression of elegance, it is most representative of the history of our maison. I would then move onto the Atmos, it has an amazing story and mechanism. Through the years, it’s expressed the constant technical and artistic evolution of the brand each year. Finally, the pinnacle of the Art of Precision, the Master Grande Tradition Gyrotourbillon Westminster Perpetual Calendar notwithstanding, the Duometre is a fantastic way to showcase the brand’s ability, will and passion to innovate technical watchmaking expertise and the today, it remains a highly sought after emblem for collectors. 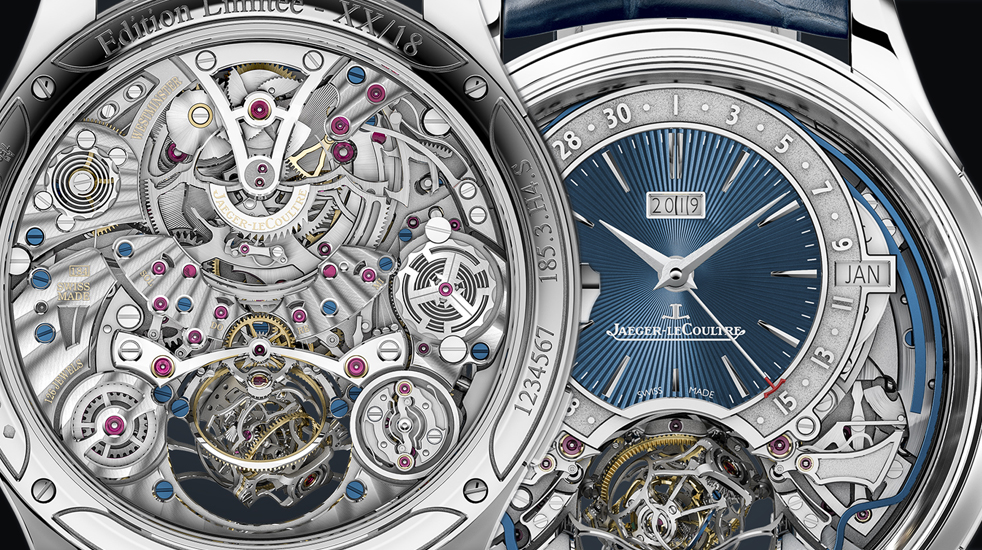 Métiers Rares are a favourite at JLC, given the shortage of skilled craftsman, how does JLC intend to perpetuate these fine arts?

We already nurture these talents, we have many apprentices in the workshops in a special program. This is a dedicated area for them to learn and practice their skills with the experts. Throughout the workshop, you will also find apprentices attached to the masters of one of the 180 metiers rare, specialising in a skill. This is very important to us, when you’re in a field of high complexity and high artistry, if you don’t protect this know how for the future, it may disappear. It is a danger for Métiers Rares to stop and then re-appear suddenly, it is crucial to have continuity from one generation to the next so you don’t lose the expertise. 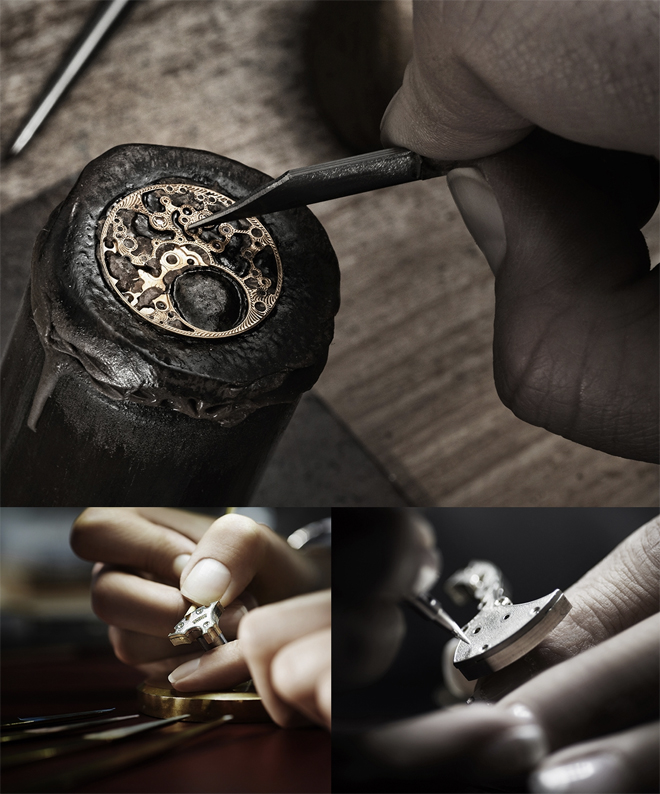 The 1,000 Hours Control was launched by JLC in 1992 to express precision, and there’s a growing number of certification tests which provide hallmarks, how does the watchmaker’s watchmaker intend to top this?

One of the important values of Jaeger is to always look at improving everything we do. Performance is clearly at the top of our minds. This year we are introduced the Master Ultra-Thin collection and they’ve been equipped with 70 hours power reserve. We have worked on the calibre and reworked many of the components so we can extend run time without making the movement thicker. In parallel, the 1000 Hours Control is gaining six additional steps in the tracking, recording and follow up of tests done in this process. 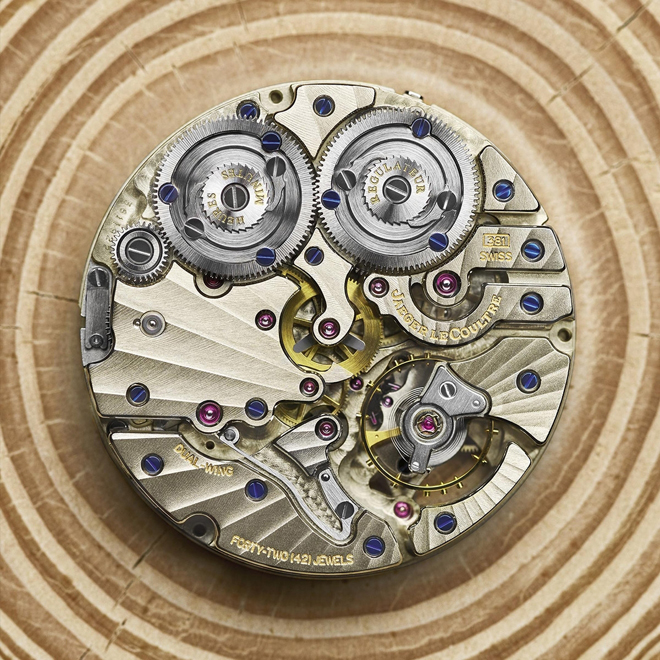 Two independent mechanisms, united by a single regulating organ, guarantee the unparalleled performance and precision of a Duomètre watch. The first mechanism is dedicated to the proper functioning of the complications, the second ensures the precise measurement of passing time.

The Duomètre series, with two powertrains driving timekeeping and complications independently was a remarkable expression of watchmaking know-how, it’s been a while since we’ve seen a new one, will we see more development with that series as part of the Art of Precision campaign?

Oh yes but you will have to keep a look out at the next SIHH. [laughs]

A guilloche enamel dial like the one seen on the Master Ultra-Thin Moon Enamel is probably as difficult as it gets, what sort of metiers d’art are comparable expressions of artistic precision?

Every single metiers has its complexity. Some of the engraving work is incredibly challenging, a civilian attempting it for the first time quickly realises that its not only a real job but its not one that anyone off the street can do. That said, the Gyrotourbillon is the highest expression currently, the gearwork is visible, as are the 360 cuts on the enamel, and 3 executions of each line, to create the guilloche, I don’t know what’s the more challenging when this timepiece currently exists. 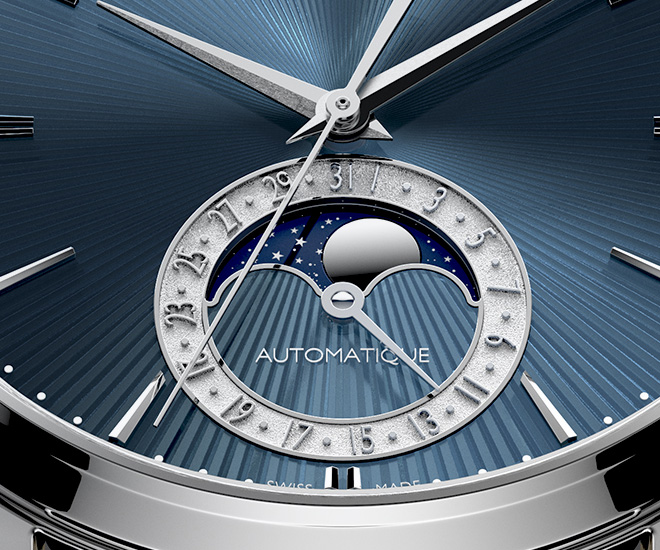 Enamel is a notoriously fragile material to work with. Adding guilloche triples the complexity but the end result is remarkable.

Pursuing precision often means a contest between the hand of the artisan and the pinpoint accuracy of computer numerical control (CNC) machines, how does JLC intend to manage or balance this conflict?

The Art of Precision is at the core of the history of Jaeger LeCoultre. It has always been a balance between innovation and the search for precision. Our entry into the world of watchmaking began at simply trying to improve the components of the watch and each calibre beginning with the pinions. We cut it to an utmost level of precision and then we invented a machine in 1844 to measure microns in the advancement of precision in watchmaking. We got awarded at the Universal Exhibition in London in the mid 19th century for our contributions to the field of horological precision. This didn’t come as a result of watchmaking per se, precision is simply at the core of our business. Going back to 2004, when the maison launched the gyrotourbillon with the effect of completely cancelling the effect of gravity for the highest precision, it’s quite a natural development in the way the maison thinks about innovation.

This is an abridged edition of the full interview which will appear in our WOW March 2019 issue.