Hublot has increased its already enviable presence in across the world of sport by signing up American Football legends, the Dallas Cowboys. 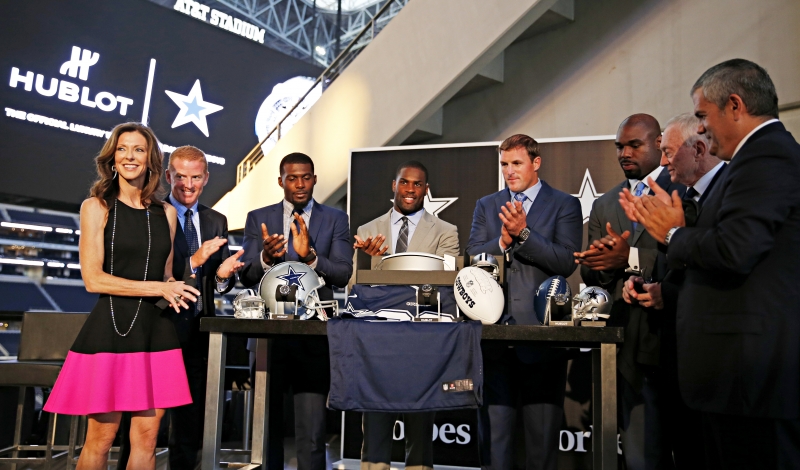 HUBLOT has increased its already enviable presence in across the world of sport by signing up American Football legends, the Dallas Cowboys.

The Dallas Cowboys, also known as “America’s Team” because of its popularity in the 1970s, boast five Super Bowl Championships and sharing a record for having made the most appearances in the Super Bowl. Each watch features the famed Cowboy star can be found at 5 o’clock, to pay homage to the Cowboys five Super Bowl wins, while the woman’s piece boasts a star set in diamonds.

The watches will be sold exclusively at Hublot’s Dallas boutique and in a pop-up shop in the Cowboys’ Owner’s Lounge at AT&T Stadium. Through this partnership, Hublot solidifies its position with American sports fans. The Swiss brand were the first to invest in the NBA, through deals with the Miami Heat and the Los Angeles Lakers.