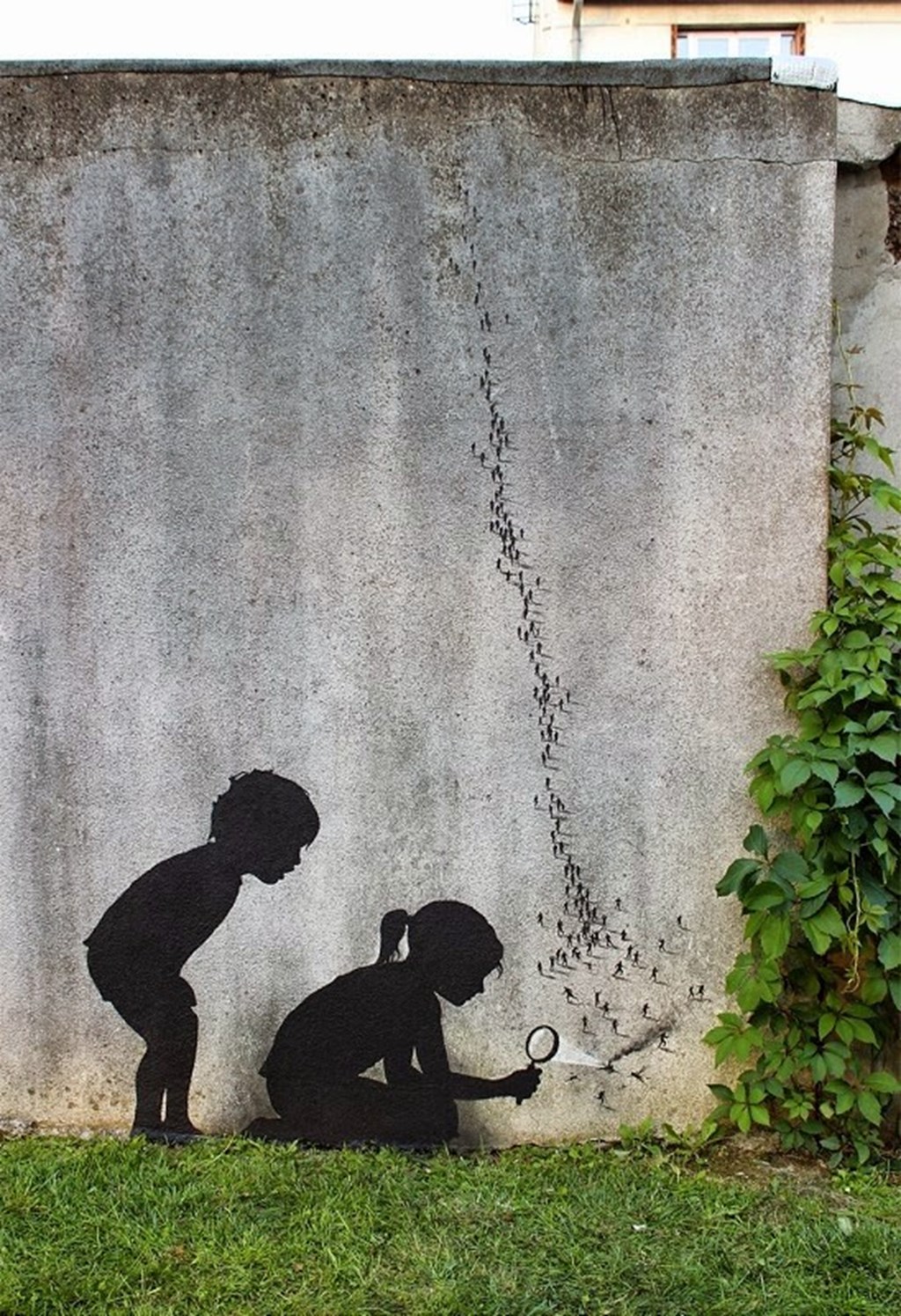 Spanish street artist Pejac’s whimsical new site-specific work is sure to brighten your day. During his time spent in Paris, the artist worked on a few new street art pieces. Using his minimalist but clear style of painting murals, he made the created striking and sophisticated work that truly responded to its environment. Each piece is also layered with multiple visuals, requiring the viewer to scrutinize the artwork to discover what Pejac has “hidden”. One artwork features a figure throwing a water balloon at a wall. Upon closer inspection, the giant splat contains a painting of Manet’s painting “The Luncheon on the Grass”. The second, titled “Ants”, involves a pair of children who appear to be burning ants with a magnifying glass but the figures are revealed to be tiny people. The third involves a thick wall crack he found which he used to form the edge of a sinister looking door. You can see more of Pejac’s works on his Facebook and Website.