Late fashion icon Lee Alexander McQueen has had his work honored in a new film by the acclaimed photographer and director Nick Knight. 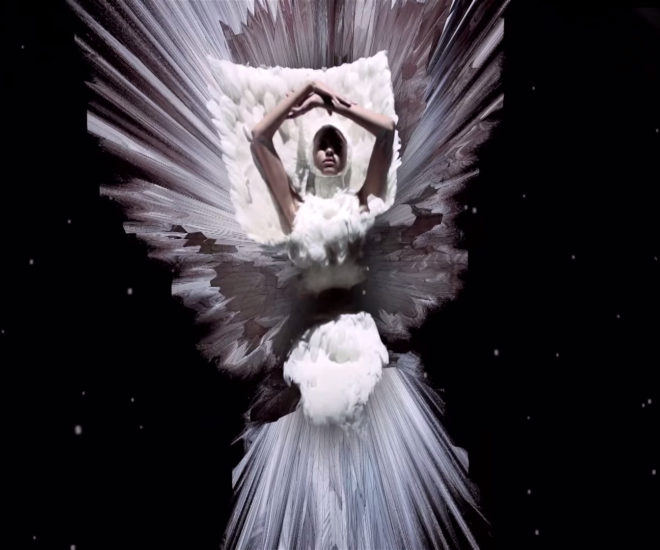 Late fashion icon Lee Alexander McQueen has had his work honored in a film by the acclaimed photographer and director Nick Knight.

ALEXANDER MCQUEEN: HIS WORK IN PICTURES

The short film (below), which has been revealed on Knight’s fashion film website Showstudio.com includes some of the iconic visionary’s most famous designs, selected with the help of current creative director of the brand, Sarah Burton, and stylist Edward Enninful.

The montage, created in collaboration with filmmaker Younji Ku and art director Jon Emmony, features the feathered dress McQueen unveiled in 2001 and his revered ‘houndstooth’ 2009 look.

Animation and 3D techniques added to the footage create a captivating universe centered around the designer’s brilliant talent.

The film was inspired by the recent exhibition detailing McQueen’s career, which ran at the V&A museum in London until August 2.

Demand was so high that the museum stayed open through the night for the final two weekends of the show, which became the most popular show ever staged at the museum, selling 480,000 tickets over its 21-week run.

Nick Knight is known for his innovative fashion film and photography, and has worked on campaigns for houses including Christian Dior, Lancôme, Swarovski, Levi Strauss, Calvin Klein and Yves Saint Laurent.