The history of Louis Vuitton will be showcased at the Grand Palais in Paris from December 4, while the ongoing Series 3 in Singapore offers an immersive experience in the brand’s past, present and future. 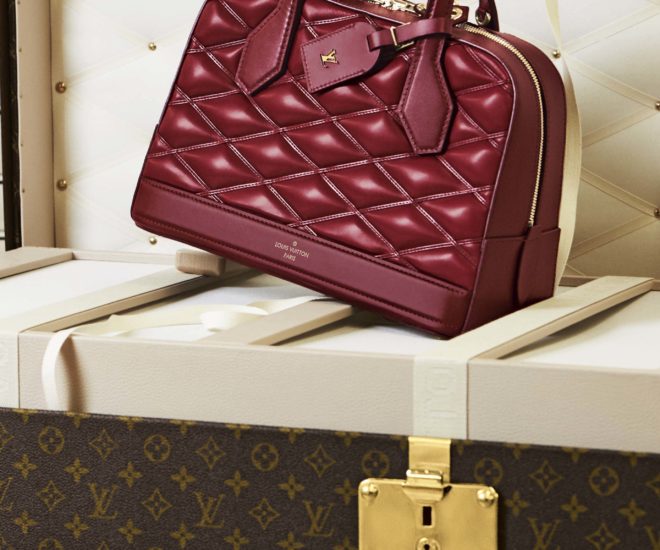 Tis the season of Louis Vuitton, with dual exhibitions in Paris and Singapore. The history of Louis Vuitton, France’s most famous luxury leather bag maker and one of the leading lights of contemporary fashion, will be showcased at the Grand Palais in Paris from December 4, 2015 to February 21, 2016. The three-month event is designed to allow the general public to discover treasures from this giant’s past.

Concurrently, the Louis Vuitton Series 3 exhibition is already underway at The Shoppes at Marina Bay Sands, Singapore. A deep dive into the world of Louis Vuitton, this show runs till December 23.

Back to “Volez, Voguez, Voyagez – Louis Vuitton” in Paris. Curated by Olivier Saillard, the head of Paris’s Galliera fashion museum, the exhibition not only tells us about the history of this luxury goods house, but also the main people who have had an impact on it, from the founders to Nicolas Ghesquière, the current creative director of the brand’s womenswear collections. “Louis Vuitton has always been at the avant-garde of creation….For this exhibition, Olivier Saillard has immersed himself in the archives of our Maison to decode its secrets. He delivers a fresh vision of our past, present and future,” says Michael Burke, Louis Vuitton’s CEO.

The exhibition will be spread across several rooms at the Grand Palais, with set design by Robert Carsen. It will open with an iconic symbol of Louis Vuitton, a trunk dating back to 1906, and will be split into nine themes covering the design house’s links with the art world, plus other fields such as cars, yachts, aviation, writing, and beauty. Similarly, Series 3 looks at the past, present and future of Louis Vuitton across a series of rooms – hence the name. The focus here is the vision of Ghesquière in the Fall/Winter 2015 collection. There is a secret final room here, which can be discovered in the Louis Vuitton Marina Bay Sands flagship store.

Many of the special orders made by Louis Vuitton will also be put on show. The exhibition will end with a room dedicated to the company’s craftsmanship.