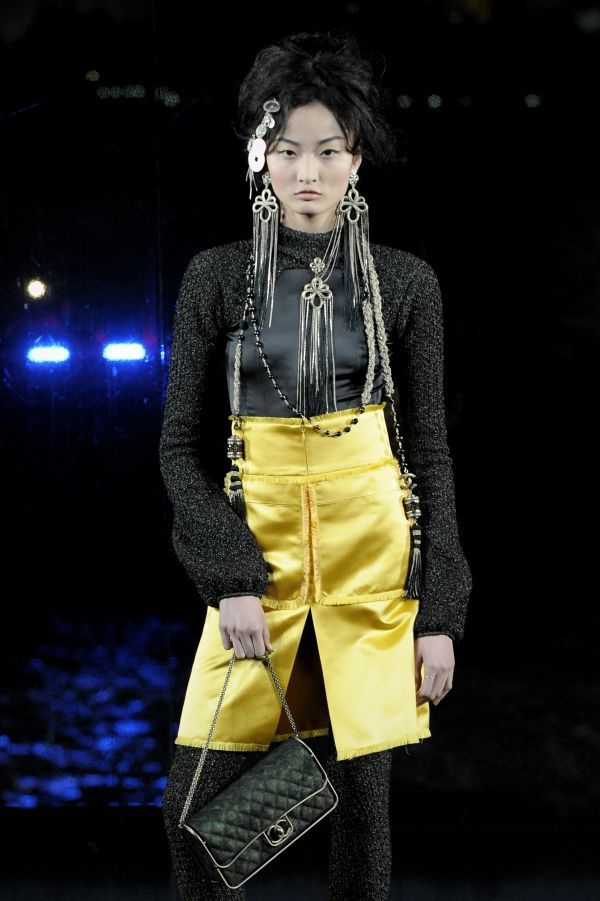 As in past years, ‘King Karl’ has documented his creation process meticulously — videos can now be watched on YouTube. All the videos have been removed from Youtube by Chanel

Beginnings — After a nostalgic black-and-white opening, the ‘Kaiser’ is shown sketching the first drafts for the collection.

Fittings — Models show Lagerfeld the first results of his work.

Shooting the movie — Coco Chanel never made it to Shanghai herself, even though she imagined the place as very inspiring.

Lagerfeld tried to capture her relationship with the city in a new short movie, which he can be seen directing here.

Working overtime — This is where the ‘Art’ in ‘Maison d’Art’ comes from.

Fit for the press kit — Lagerfeld photographs the collection for the press, as always with a little help from his ‘muse du jour,’ Baptiste Giabiconi.

Leaving on a jet plane — Chanel’s staff gets ready for the departure to China.

Shanghai impressions — The team arrives in the metropolis.

Getting ready — This short summary of the actual fashion show also gives you a few glimpses of the backstage scenery.

While the clothes didn’t fail to impress, the Kaiser’s ‘yellow-face’ make-up for the girls caused hot debate this week.