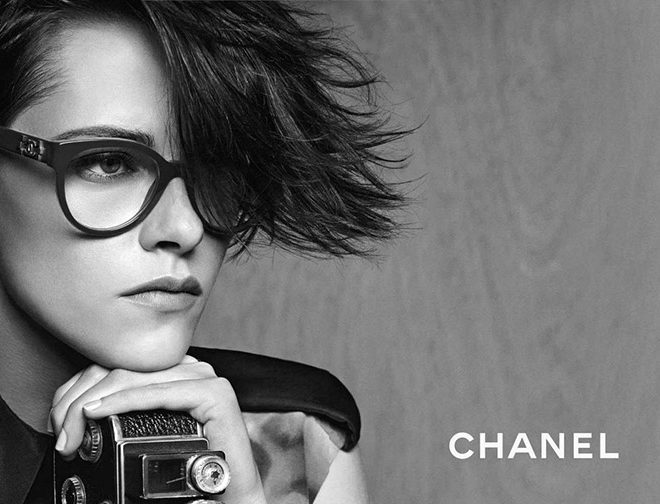 For the new campaign, the American actress was photographed by Karl Lagerfeld in black and white wearing a variety of spectacles and sunglasses and holding a camera of her own. Watch a behind-the-scenes look at the campaign shoot: