The 15th-floor penthouse at the Residences at W Hollywood in Los Angeles is on the market for $45 million. 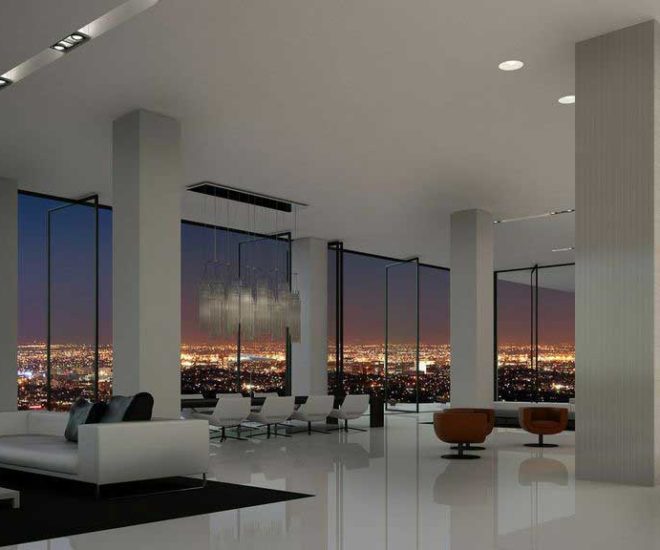 The 15th-floor penthouse at the Residences at W Hollywood in Los Angeles is on the market for $45 million.

It includes a ballroom that can fit 250 people, a wine room and wine vault, a screening room with LCD projection, a solarium, a gallery and a pub-style tap room.

The unit also includes a fitness center with an attached beauty parlor, a library, 17 valet parking spaces and a reception area with separate women’s and men’s powder rooms.

Mr. Robertson says he designed the space, which is still raw, to emulate the golden era of Hollywood with a streamlined Art Deco look.

The owner can work with Mr. Robertson and interior designer Sue Firestone to customize the penthouse or bring in his or her own designer.

Sixty percent of the 143 units in the W Hollywood residences, which range in price from $800,000 to $3 million, are sold as of early May.