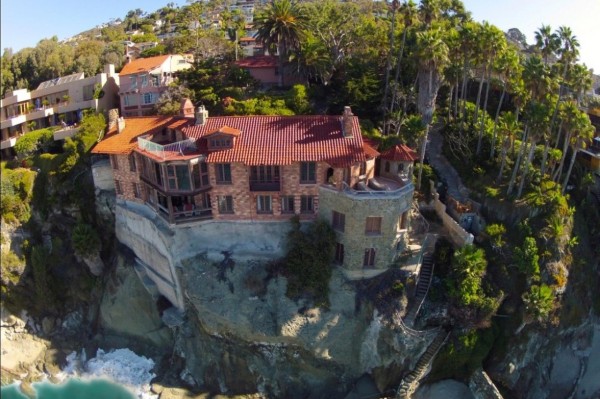 A historic home perched on a cliff above the ocean in Laguna Beach, Calif., is hitting the market for $30 million. Construction on the home started in 1918, and it is on the National Register of Historic Places. It was built by Frank Miller for his wife Marion—hence the home’s name, “Mariona.” Considered a leading figure in promoting Mission-style architecture, Mr. Miller also developed the Mission Inn in Riverside, Calif. The house, which has also been called “Villa Rockledge,” has eight bedrooms and seven bathrooms and offers ocean views from nearly every room. In a separate building, four “villas,” each with its own entrance, can be used as guest rooms or offices. There are also two garages and four car ports. In total, the gated estate has more than 8,000 square feet of space, 12 bedrooms and 11 bathrooms. The main house still has some of its original hardwood floors, exposed wood beams and doors. From the house, stairs lead down to the 120-foot-long sandy beach.