The Pig On the Beach in Studland, Dorset was crowned the Best Smith Hotel 2015 by Mr and Mrs Smith for its fairytale hideaway, seaside setting and sense of whimsy. 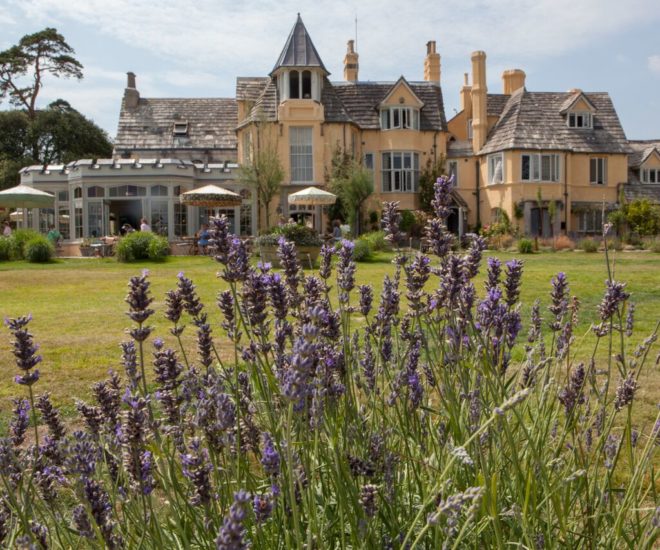 The Pig On the Beach in Studland, Dorset was crowned the Best Smith Hotel 2015 by Mr and Mrs Smith for its fairytale hideaway, seaside setting and sense of whimsy. Mr and Mrs Smith is an organization of renowned anonymous connoisseurs who specialize in independent luxury hotels. According to the AFP, the panel of 50 judges were convinced that the seaside manor in Dorset channels British charm with romantic cottages, free-standing baths, four poster beds and restored dovecotes.

The country house features 23 bedrooms that offer uninterrupted views of the sandy coastline and, according to Mr and Mrs Smith, evokes the setting of a ‘happier’ Harry Potter movie. No Deathly Hallows this. If the main house is reminiscent of Harry Potter, something about the thatched roof and hexagonal shape of restored dovecote cottages could be reminiscent of The Shire, in The Hobbit. Staying with the good vibrations, that would be the lovely book, not the bloated film series. Compact trailers are also transformed into independent cabins for a whimsical glamping-style getaway.

Decor is shabby chic, with vintage light pieces, rotary phones and weathered furnishings set against crisp, white, and floral linens, wood beams, and lounge chairs that are set under the window for daydreaming. The kitchen serves British garden food, with ingredients either plucked from their own garden or sourced within 25 miles (40 km) and include home-smoked pork belly with crispy courgette flowers, and rhubarb cheesecake with wild rosehip syrup. For the awards, the panel took into consideration the votes of 22,000 travelers, whittling down a list of 1,000 hotels to a dozen winners. Here are a few other notable winners from the 2015 Smith Hotel Awards: