Lamborghini is smartening up its already rather smart Huracán for 2016 with a list of new features but it is also gearing up to take the wraps off a more ferocious, driver-focused version at this month’s LA Auto Show. 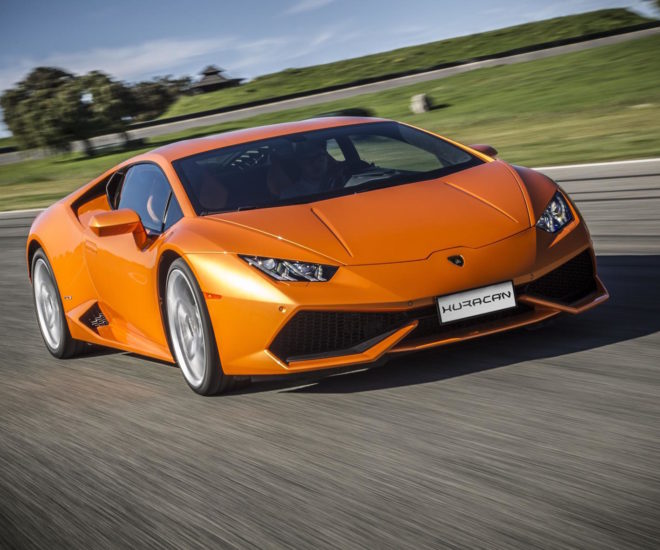 Lamborghini is expected to freshen up its already quite fresh Huracán for 2016 with a list of new features but, ahead of this, it is also gearing up to take the wraps off a more ferocious, driver-focused version at this month’s LA Auto Show.

Lamborghini has been considering giving its latest entry-level V10 the same ‘Balboni’ treatment it gave to its predecessor, the Gallardo, for almost a year and it looks like demand among its biggest fans is sufficient to move forward with a production model.

In honor of its greatest test driver, Valentino Balboni, Lamborghini built a special edition of the Gallardo with rear-wheel rather than all-wheel drive. The result was a lightweight handful and something that more fully captured the essence of Lamborghinis of old in terms of performance and handling and exclusivity – it was sold as a 250-example limited edition.

The signs are that a rear-wheel-drive version of the Huracán, which is almost guaranteed to make its first public appearance on November 19 at this year’s LA Auto Show, will be equally exclusive but could be even more potent and extreme than the four-wheel-drive model, becoming the new flagship Huracán as a result.

But as well as a new halo model, the existing Huracán in hardtop or drop top form will also be getting some new features. From a performance point of view, the biggest of these will be a tweaked four-wheel drive system that will make the car feel even more neutral and natural to drive, so that the owner can feel more involved in finding grip and holding on to the line while cornering.

Also new for 2016 will be the cylinder deactivation system that made its debut on the Spyder. This cuts emissions to 283 g/km of CO2 and saves on fuel too at lower speeds by switching off an entire bank of cylinders at lower speeds.

And although the car is only running on five of the 10 cylinders, Lamborghini claims that the driver will find it impossible to tell the difference. What’s more, drop the accelerator and the entire engine will instantaneously fire back into life.

Other standard features include leather trim on the doors and across the dashboard and the option of specifying vents in a matte black finish. However, cruise control, storage nets and cupholders are still optional extras.

The LA Auto Show gets underway November 17 and is open to the public November 20-29.