With large catamarans on the rise, Sunreef founder Francis Lapp says his company has the benefit of two decades specialising in the sector.

Francis Lapp, founder and President of Sunreef Yachts, has described the recent surge of large catamaran projects as “one of the most interesting evolutions” in the luxury yacht industry. The Polish yard has long been a leader in the sector and staged the world premiere of the 80 Sunreef Power at the Cannes Yachting Festival last September before announcing it was building a 110ft version as well as a 49M Sunreef Power (161ft) for an owner represented by Imperial. 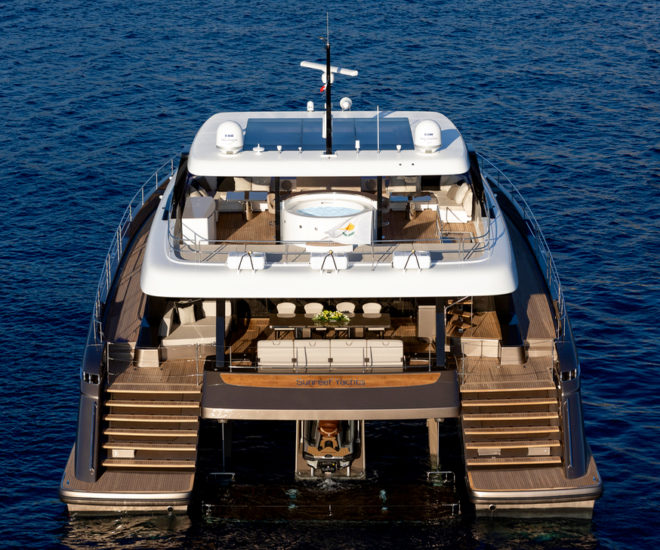 A notable number of large catamarans were announced or launched in 2019, a year that witnessed new brands enter the market and others announce they would, with production focused in Europe, China and Australia.

“Over 20 years of involvement with the yachting world, I have observed many trends in the field of yacht design. Today, we are witnessing one of the most interesting evolutions of the industry: an increasing demand for voluminous catamarans,” Lapp said. 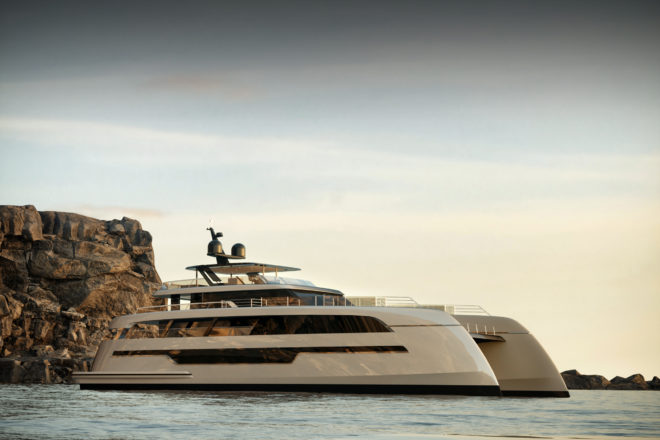 Lapp said “monohull brands are now trying their hand at luxury multihull design” and was keen to position his company as the long- time frontrunner in the sector.

“In this industry, there is a distinct line between trendsetters and trend-followers. When I founded Sunreef Yachts, luxury catamarans were non-existent. Nobody believed multihulls would ever achieve their current status,” he said.

Lapp admitted competition was inevitable as more owners seek the benefit of twin hulls, increasingly in larger-sized yachts, and said his company was prepared to tackle the increase in demand as it continues to transition into its new production facility in Gdansk.

“Our facilities are in full expansion. A completely new office and production site with Europe’s biggest CNC machine are being developed. We are going in the right direction and at the right pace. The momentum around and within Sunreef is exceptional,” said Lapp, whose company more than doubled its 2018 turnover last year.

“The 49M Sunreef Power and other superyacht projects like the 110 Sunreef Power will become landmarks in the industry. Today’s trend for big, oceangoing multihulls is a fact. The future belongs to multihulls and we begin this next journey in pole position.”