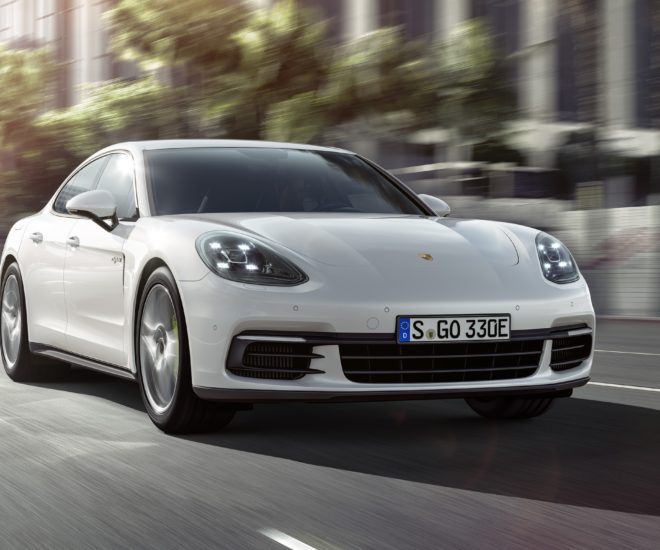 As we all know, the standard Panamera is billed as an executive car without compromise – i.e., it is as comfortable and spacious as it is fast. With the new Porsche Panamera 4 E-Hybrid added to the family, the model has become as sustainable as it is swift. Given the behaviour of automakers in making such claims though, skepticism is perhaps warranted. However, Porsche has already gotten independent verification of some of its claims.

In fact, based on the New European Driving Cycle (NEDC) for measuring fuel efficiency, the Panamera 4 E-Hybrid can manage 2.5l/100km. And, it can also cover 50km on zero-emission battery power alone.

However, as well as taking admirably restrained sips of fuel, it also offers keen driving fun. It has four-wheel drive for keeping the back end in check at higher speeds and in the bends, and it needs it. The two motors working together offer 462hp, funnelled to the wheels via an eight-speed paddle-shift gearbox and serves up a 0-100km/h time of 4.6 seconds and a top speed of 278km/h.

This performance is thanks to the Porsche 918 Spyder. The company’s hybrid hypercar was essentially a rolling R&D facility and everything that made the 918 phenomenal is now trickling down to other Porsches in the family. Just hit the Spot Plus button for ultimate thrills and spills.

And for those putting responsibility ahead of everything else there is a new ultimate efficiency mode – Hybrid Auto – that ensures the car is using as little power as possible at any moment.