Modern Classic Supercar Back in Action

The ill-fated Jaguar XJ220 was once the fastest production car in the world but is now mothballed due to a lack of tires, if you can believe it. 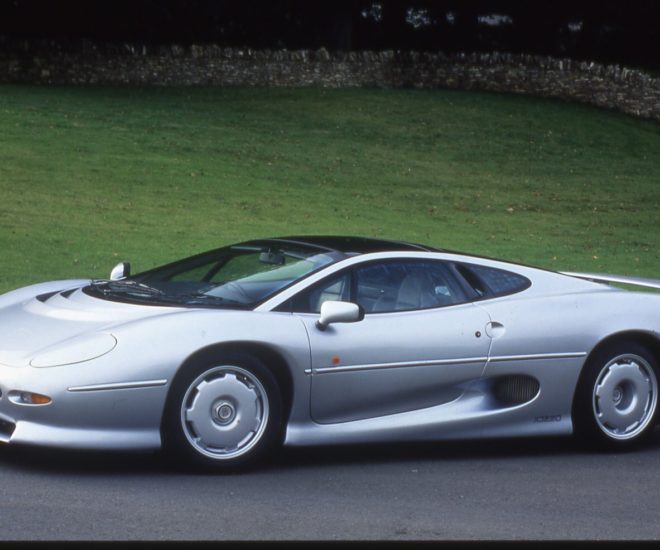 The ill-fated Jaguar XJ220 was once the fastest production car in the world but is now mothballed due to a lack of tires, if you can believe it. If you’re the proud owner of this supercar then we bring you some very good news. Your car is about to go up in value and you’re about to be able to drive it more often.

Certified by the Guinness Book of Records, this is the fastest Jaguar ever built and the world’s fastest car from 1994 to 1999, until the McLaren F1 beat it.

A failure, for economic reasons, at its launch in 1992, only 271 models were ever made, making the XJ220 eminently collectible. There was, however, a catch: there are no remaining tires for it. One burnout too many or one puncture and you’re never driving it again.

Now Bridgestone, the company that made the original run of bespoke rubber for the car announced last week that it has put a team together to develop new rubber that can meet the car’s ferocious demands. “It’s very important to keep such iconic vehicles running today,” said Christophe de Valroger, Vice President Consumer OE at Bridgestone’s Europe. “Technology has moved on significantly in the last 25 years and we believe we will be able to produce a tire that will keep the smile on the face of the enthusiast drivers of the XJ220.” Honestly though, we can’t understand why bespoke tires ever sounded like a good idea but perhaps this is what de Valroger means when he cites technological advances since 1992.

The project team, which includes the car’s original chief development engineer and test driver, is moving on swiftly and Bridgestone is aiming to have new tires ready in early 2017 in time for the XJ220’s 25th birthday.