Though VSS Unity soared to over 50,000 feet, it is too soon to get excited if you were hoping of booking a ticket and becoming a space tourist. 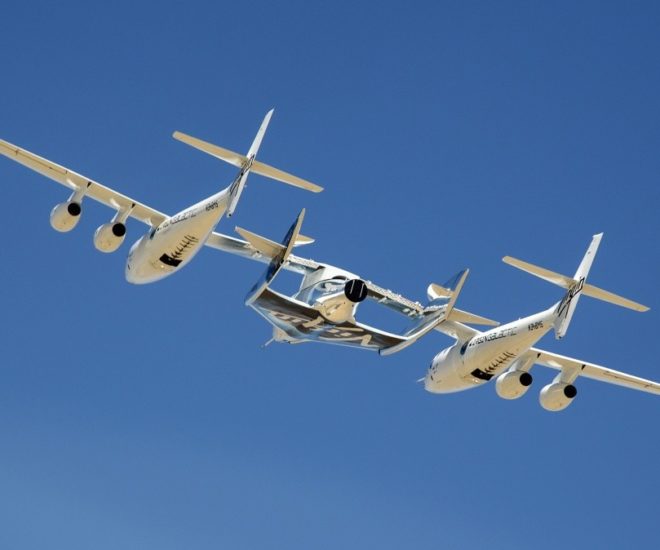 We love the idea of space tourism here, hence we avidly follow SpaceX, Blue Origin and Virgin Galactic, which returns to the news with a successful test flight. Two years after a fatal accident, we were very pleased to read the reports of Virgin Galactic’s newly built craft completing a four-hour test flight over the Mojave desert, without incident.

The craft in question, the VSS Unity is the first spaceship built by the company’s manufacturing arm. Though it soared to over 50,000 feet, it is too soon to get excited if you were hoping of booking a ticket and becoming a space tourist. Yes, this reminder applies to us first and foremost!

Even if Virgin described the flight as an “Emotional and fulfilling moment for our hardworking team,” the flight was a ‘captive carry’ exercise meaning that the VSS Unity never undocked from its mothership, VMS Eve.

Virgin’s system for launching craft into space involves two ships, one to reach the upper limits of the atmosphere and one that breaks away from it and reaches for the stars.

Therefore there is still a mountain of data to collect and a battery of further tests that need to be completed before the company can come close to its dream of offering members of the public space travel.

However, today’s successful flight should be seen as the first step on that journey.

In other surprise related news, Blue Origin announced a test of its emergency escape system, in place aboard the New Shepard vehicle. Scheduled for October, this escape system will allow the crew to separate from their rocket booster in the event of unforeseen difficulties after launch.

Of course, we are also interested in these bits of space news because of the personalities involved, who are some of the world’s most recognizable and inspirational billionaires. Virgin Galactic is run by Sir Richard Branson while Blue Origin is a Jeff Bezos company. SpaceX is an Elon Musk venture.