Mercedes-Benz is celebrating its double triumph in the Formula 1 World Championship this year with two limited edition models of the SL 63 AMG. 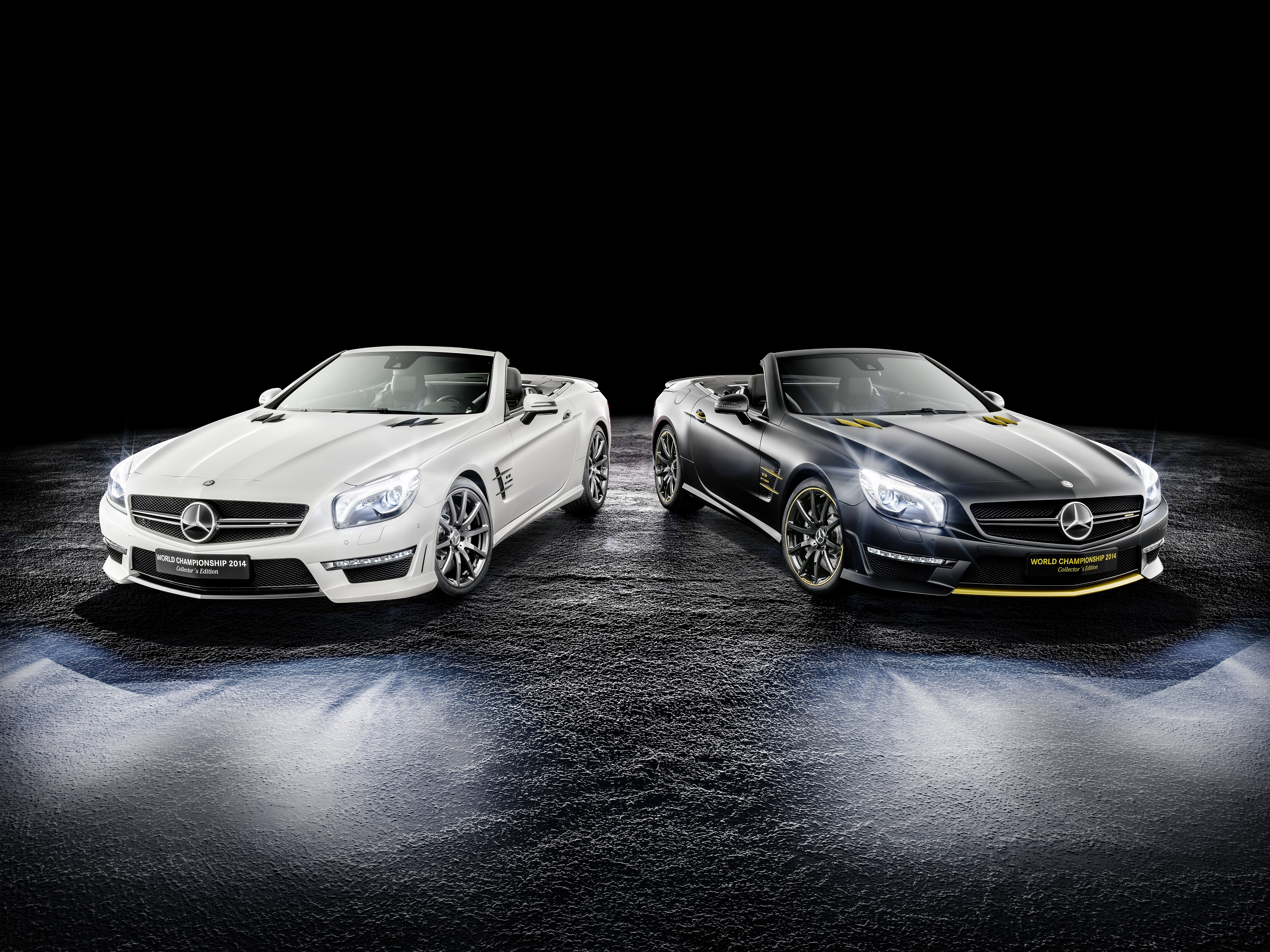 Mercedes-Benz is celebrating its double triumph in the Formula 1 World Championship this year with two limited edition models of the SL 63 AMG.

Mercedes will only build 19 units of each model, as each individual vehicle is dedicated to one of the 19 Formula 1 race tracks from the 2014 season.

Each model will feature one of the 19 tracks as a hand-embroidered interior pattern as well as on an engraved dashboard plaque and key fob.

What also makes the commemorative cars so special is that they were co-designed by this year’s World Champion, Lewis Hamilton, and runner-up and fellow team driver, Nico Rosberg.

Plump for the black edition and you’ll be taking delivery of a car styled by Hamilton. As well as a special black exterior finish that extends to the door mirror covers and door handles, there is gold accenting on the spoilers, fins and rear bumper. The contrasting continues in the cabin with nappa black leather offset by gold stitching and an equally gold sheen to elements such as air conditioning vents.

Go for Nico’s slightly more understated taste and the SL will come in an equally rare white finish, but with contrasting grey elements. And for those collectors that can’t decide if they prefer dazzling black and gold or subtler white and grey hues, Mercedes has the perfect solution: don’t pick. The company plans to initially offer the cars for sale in matching pairs complete with a helmet worn by both F1 stars plus a choice of either Hamilton or Rosberg’s limited-edition IWC Ingenieur chronograph watch.

The cars are scheduled to be built and delivered in April where they will be presented to their owners at the German Grand Prix.