Based on the Mercedes-AMG GT, the GT3 is a high-performance race car that was designed to meet FIA GT3 specifications. 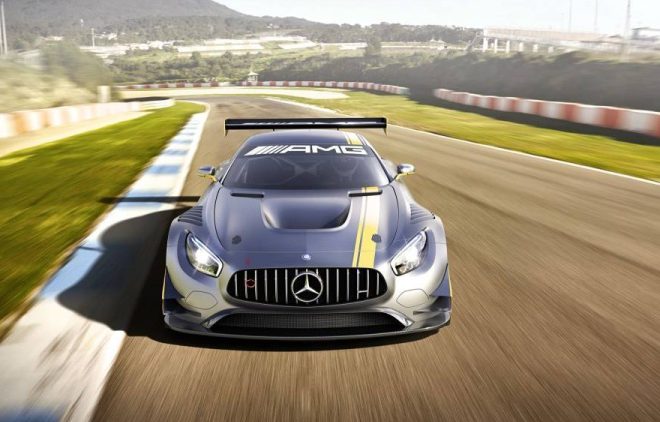 As well as unveiling the Mercedes-Maybach S600 Pullman, Geneva will also be the venue for the Mercedes-AMG GT3 racecar’s first outing. The car has been built to FIA specifications and will be heading to the track to compete in the 2015-2016 GT3 championships after its debut.

While the Mercedes-AMG GT3 is based on the AMG GT, power will come from the same naturally-aspirated 6.3-liter V8 as the SLS AMG GT3 car it replaces. It has a six-speed transaxle-mounted sequential racing gearbox, which is said to aid weight distribution, and double-wishbone suspension made mostly from aluminum. Testing and validation is still ongoing, so expect to see the Mercedes-AMG GT3 at various tracks around the world throughout 2015.