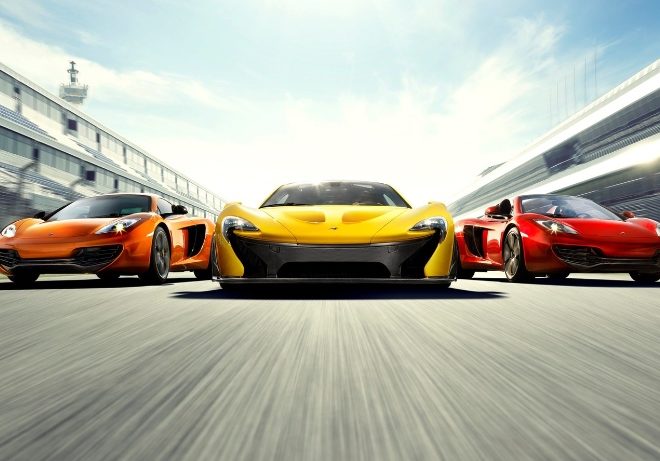 The third road car from McLaren, currently codenamed the P13, will be designed to compete head to head with the Porsche 911 Turbo in terms of price, performance and driving thrills.

Expected to go on sale in 2015, the car will not be a budget-basement vehicle built from the parts bin but will share the same carbon fibre MonoCell ‘tub’ chassis developed for the MC12 supercar.

Speaking to Autocar, Ron Dennis, the company’s executive chairman said that the resulting car would be available as a hardtop upon launch and would be joined later by a convertible version.

The P13 will be smaller than the MC12 but will share the same 3.8-litre V8 turbocharged engine. However, the powerplant will be tuned differently to produce 450hp, 166 fewer than the version currently found in its other production cars. It is most likely to resemble the flagship P1 than the MC12.

When asked why the company has set its sights on Porsche, rather than Bentley or Aston Martin, who all have cars in the same £120,000 (US$180,000) price bracket, McLaren representatives told Autocar that McLaren was going after 911 Turbo because it is the only true sportscar in that market segment.

Cars offered by Aston Martin and Bentley in the same price bracket are focused on long-distance cruising rather than true driver involvement and performance.

Therefore unless a serious driver has the extra £30,000 to upgrade to a Ferrari 458 Italia, a soon-to-be-discontinued Lamborghini Gallardo or indeed a McLaren MC12, the Porsche Turbo or possibly an Audi R8 V10 coupe are the only serious options.