The McLaren 650S Spider has made its world premiere at the 2014 Geneva motor show. 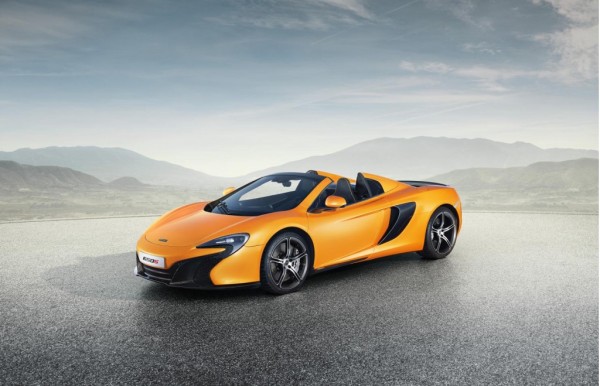 McLaren announced that the 650S Coupe would have a Spider counterpart, and they have now unveiled the topless version of the McLaren new supercar. Like the McLaren 650S, the 650S Spider has an output of 650PS (641bhp) and combines elements of the company’s existing range of supercars to create something faster than the 12C, yet more comfortable than the P1.

McLaren describes the car as a ‘no compromise’ high-performance open-top sports car, and looking at the performance figures, that’s no exaggeration. The fact that the figures for the spider are so close to those for the hardtop are a testament to McLaren’s engineering expertise. The convertible is only 40kg heavier and most of this weight is due to the two-piece roof and the motor that retracts it. And that motor is no slouch either. The roof can be raised or lowered in under 17 seconds and at speeds of up to 19mph (30km/h).