Maserati unveiled the Alfieri, a 2+2 concept car to celebrate the brand’s centenary at the 2014 Geneva Motor Show. 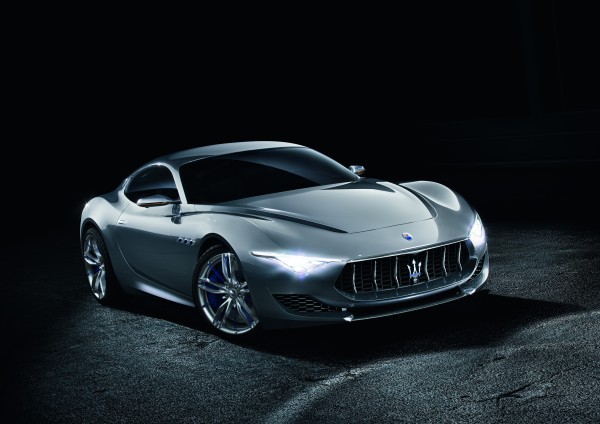 MASERATI is celebrating its centenary in style with the Alfieri, a stunning 2+2 GT concept named in honor of Alfieri Maserati, who founded the firm. What makes the Alfieri so promising is that it is a fully-working prototype and one that visually pays homage to a host of glorious historic Maseratis, from the A6 GCS-53 to the 1959 5000 GT and the 1969 Indy and beyond.

Its lines are strong, but uncluttered and the car seems ready to pounce, thanks to 21-inch rear and 20-inch front wheels. Inside, the minimalism continues. The simple, two-tone floating dashboard is built around a central touchscreen while the floor is finished in a material that looks like oxidized steel, the material of choice for 1950s racecars. There are other metallic highlights, too — such as the use of milled aluminum for the seat inserts, clock surround and gear lever which have then been hand-finished and anodized in a natural copper hue.

Under the hood, the Alfieri has a 4.7-liter V8 (without turbo) which delivers its 460bhp to the rear wheels via a six-speed electro-actuated gearbox. With that much power on tap Maserati has also been wise to fit the car with carbon ceramic brakes with Brembo brake calipers.