The one-off limited edition left enthusiasts drooling at the Geneva Motor Show but was already sold out before its the big reveal. 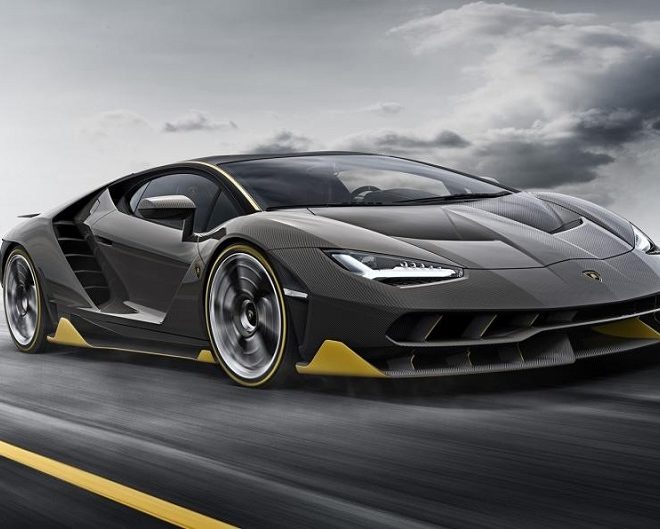 The ferociously sleek design may be leaving all the car enthusiasts drooling but the Lamborghini Centenario is sadly sold out. All 40 limited editions (20 coupes and 20 roadsters) of this elegant speedster have gone to some very lucky customers for a start price of 1.75 million euros plus tax. Still, to be a tease, the Centenario was featured in the Geneva Motor Show 2016 in its full glory, much like the Pagani Huayra BC.

The first thing to take note of is that sensuous roar at the back channeled by the 770hp that powers the 0-100km/h 2.8 seconds sprint. The top speed peaks at more than 350km/h. All that comes together nicely thanks to the innovative design and engineering competencies of the V12 architecture in its naturally aspirated engine, and a weight to power ratio of just 1.97kg/hp achieved by its carbon fiber body (to help you calculate that, the total weight is 1,520kg). “The Centenario is a car that perfectly combines tradition and innovation. It looks to the future while honoring the legend that is Ferruccio Lamborghini” said Automobili Lamborghini President and CEO Stephan Winkelmann, referencing the fact that the Centenario was built to celebrate the legendary industrialist’s 100th birthday.

The aerodynamics are achieved through the sheer geometry of its pure and essential lines. A mono line from front to back defines the recognisable Lamborghini contours, with long, low overhangs front and rear creating a clean mono-body shape. Air flows through ducts within the front headlight casing and others in the sideskirts and around the wheel arches, improving the airflow to the rear radiators and providing optimized cooling. Even the roof has air scoops, with styling taken from aeronautical cues.

The chassis is designed for the highest maneuverability. With permanent four-wheel drive and a new Lamborghini rear-wheel steering system, the characteristics of each of the three driving modes (Strada, Sport and Corsa) are heightened in the lateral dynamics. The Independent Shifting Rod (ISR) gearbox allows for some of the fastest gearshifts possible. In terms of personalization and comfort, the interior can be finished to each Centenario client’s specification. Sport seats in lightweight carbon fiber are included. A Hi-Def 10.1 inch touchscreen connects the driver to the car’s extensive infotainment system, which includes internet connection and access to Apple Carplay. Also included is a sophisticated telemetry function that allows speeds, times, lateral and G forces to be recorded and even compared between different occasions and different drivers. Two optional interior cameras allow the drivers’ experiences to be recorded.

With all of the above spice, fans catching a whiff of the car at Geneva must be ultimately pulling their hair out at the fact that this heavenly beast happens to be a one-off edition already out of stock. Thankfully Lambo seekers can get their fix on the next Forza racing game where the Centenario is playable, as a minor reprieve. Then again, that may just pull at the heartstrings worse.