The rumor mill can stop churning on Alber Elbaz’s replacement. The new designer hails from Paris and will shutter her own line to focus on Lanvin… 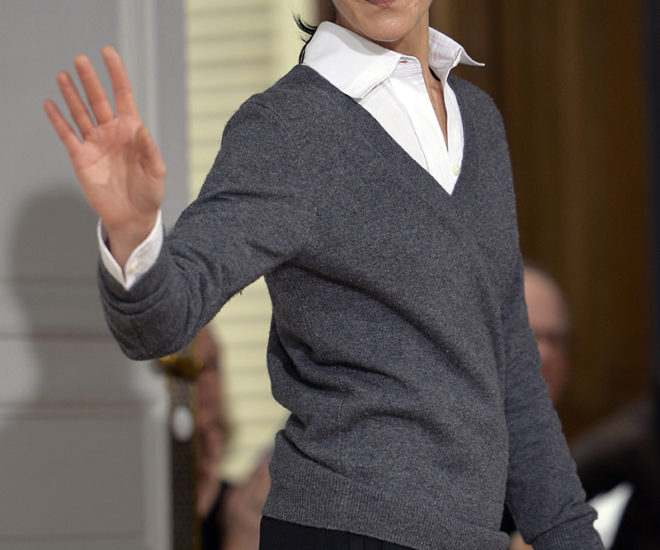 Right on the heels of Fashion week, Lanvin has announced a replacement for former creative director Alber Elbaz, who left in October. Parisian designer Bouchra Jarrar has been announced as the new force behind 126-year-old fashion house. From March 14, the fourth female designer to take the helm will begin work on Lanvin’s next Spring/Summer collection.

On her new appointment, the designer known for her impeccable and precise tailoring said that it is “a huge honor to continue promoting the Lanvin style, with designs created in the company’s ‘ateliers’ by teams who possess extraordinary expertise.”

Her dedication to the brand is evident, as she has already announced plans to close her own couture house to focus on her new role. With an impressive resume that includes working as the head of haute couture design a Christian Lacroix, studio director at Balenciaga and jewelry designer at Jean Paul Gaultier.