British racing legend Stirling Moss lends his name to the remake of the legendary car that won him the Silverstone in 1958. 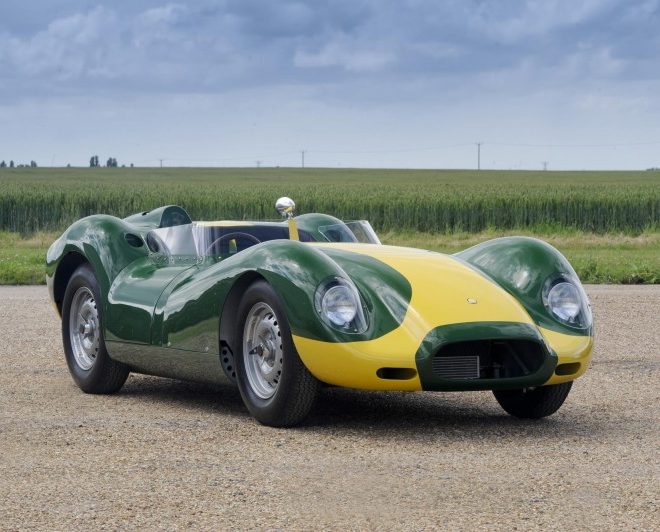 £1 million can buy you a lot of things but we’re quite sure there’s nothing quite as satisfying as owning the new Lister Jaguar Knobbly Stirling Moss Edition. Yes, the same Knobbly Sir Sterling Moss took pole position with at Silverstone in 1958. If you’re wondering why a type of moss would have a knighthood and why it took a pole to a tire then you are clearly in the wrong place. Ok, back to good old Knobbly then. You could be one of 10 in the world who owns this car, an exclusivity coupled with the fact that this is the only other car – besides the roofless edition of the Mercedes SLR – to carry the legendary British racing driver’s name. The million-dollar package will also include a ceremony where you will not only receive the keys from Moss himself but also have dinner with him. Secondly, if you choose the racing spec option over the road legal one, you’ll receive a FIA HTP passport that grants exclusive entry into the Sir Stirling Moss Trophy series and other historic events. Perks aside, this lighter and sleeker replica of the historic machine might look like a toy with its standard Lister green and yellow paint job, but it is actually more than race track ready. Seeing as none of the original lightweight models from the 1950s survived, these will be the only magnesium-bodied cars in the world. Magnesium is hardly used for car manufacturing because it is not only notoriously difficult to source but also hard to shape. Every Knobbly requires 18 weeks of intense building and any mistake would render it useless. The result is a car that only weighs 814kg. With its six-cylinder 3.8-liter Jaguar D-Type engine, it generates 337bhp that propels the car to a top speed of 184mph and from 0 to 60mph in under 4 seconds.

“It had quite a lot of horsepower. It was terrific. It was a winning car. I would say that if you were in a race in its era, you certainly had as good a chance as anybody of winning. It was very good,” Moss gushed.