With new trim levels and engine options, this old model makes its return in Geneva, with a luxury version too! 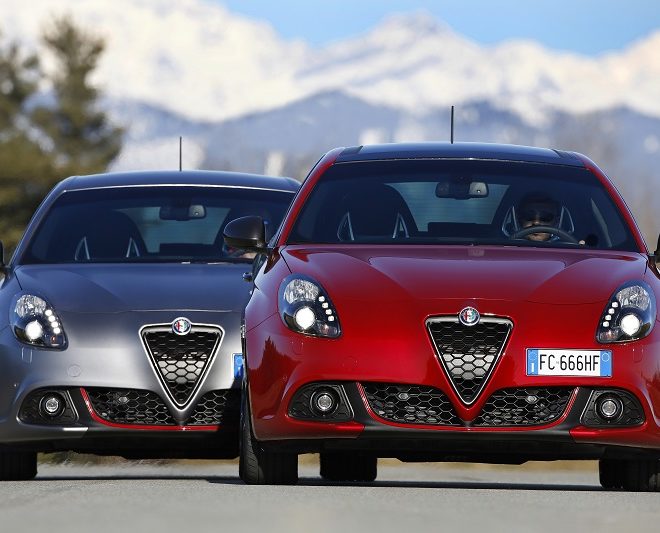 Proving the old adage that an old dog can still learn new tricks, the Alfa Romeo Giulietta is set to go on sale spring 2016 with an all new facelift. The hatchback, with its all new trim levels and set up with several engine options, appeared at the Geneva Motor Show 2016. The Giulietta comes in five trim levels: standard, Super, Lusso, Veloce and Business. Other customization options include 11 body colors and a selection of wheel rims. Not everything in this class of cars is exciting to us but Alfa Romeo has sentimental meaning to anyone who loves driving, like other icons such as the Mini and the Beetle.

One thing to take note is the touches to the exterior that seem to push the hatchback closer to the Giulia sedan in terms of design. The old Giulietta’s triangular snout, once fitted with vertical grilles, now has the same honeycomb grilles the sedan has. The front bumper also has a similar touch. On the other hand new alloy wheels and oblique exhaust tips shape the Giulietta’s new look, which also brings a slight redesign to the brand badge.

The sporty version of the Giulietta (Veloce) is furnished with sports bumpers and a dark chrome finish on the wing mirror covers. Leather and Alcantra sports seats, matched with a leather steering wheel add an elegant touch, while a carbon-effect dashboard surround and door panels give a sleek value to the interior.

The Uconnect onboard touchscreen built into the central dashboard provides an all-encompassing infotainment system, while, also featured is Bluetooth connectivity for hands-free smartphone use (calls, SMS, streaming, radio, etc…). Some versions feature the Alfa Performance application for controlling the main parameters of the car and measuring performance in real time too.

All this blends nicely into a contemporary update of an older model that shows how Alfa Romeo is willing to keep on the edge of developments.